On the Rideau Canal

After everyone had their fill of the art gallery, we moseyed over to the Byward Market to replenish our hungry bodies. We chose the Highlander for supper, and we were all pleased. While I opted for the safe burger, I must say that it must have been the best burger that I have ever tasted. Yum! 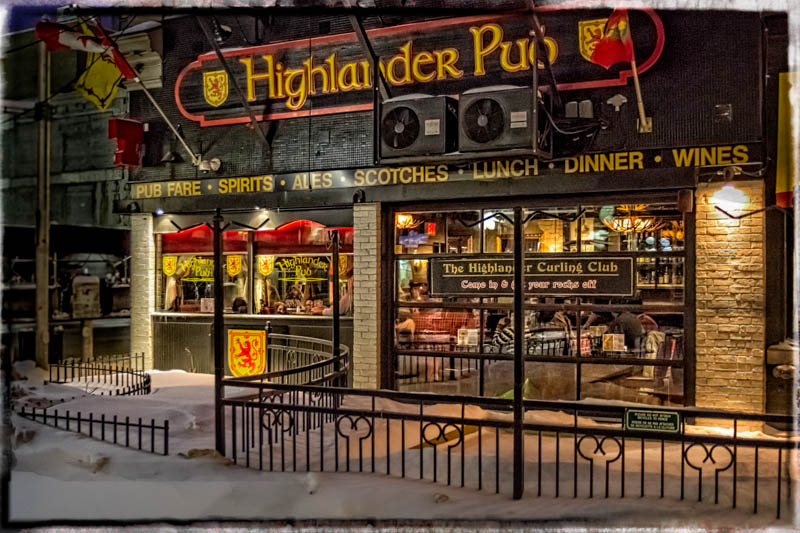 After a very filling meal, we waddled over to the canal. During January and February, the Rideau Canal (in the Ottawa section) becomes the world's largest skating rink at almost 8km/5mi.

This is our 9th winter in the region and is the first time that we've made it onto the canal. While our skating days are behind us, it was a pleasure just to get on for awhile. 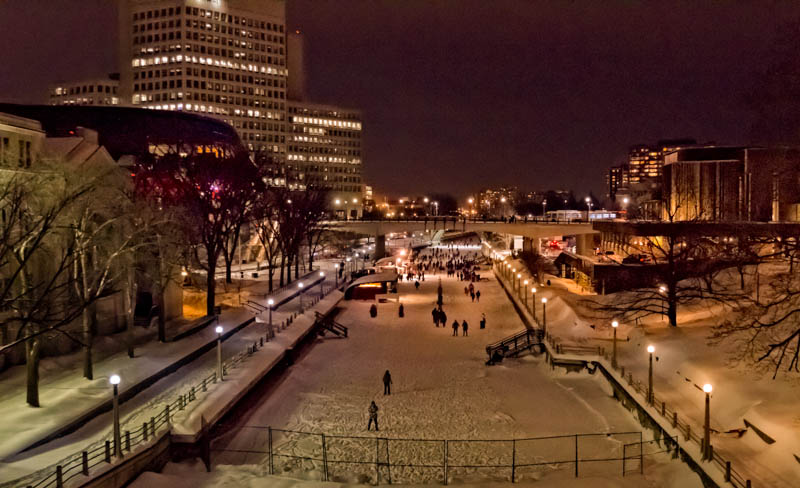 I took this shot ↑ as we were leaving and heading back to the car. I took this one ↓ earlier when we were on the canal. There has been snow that day, so the walking was a bit of a trudge. I saw pictures the next day of plows, three abreast, clearing the surface. 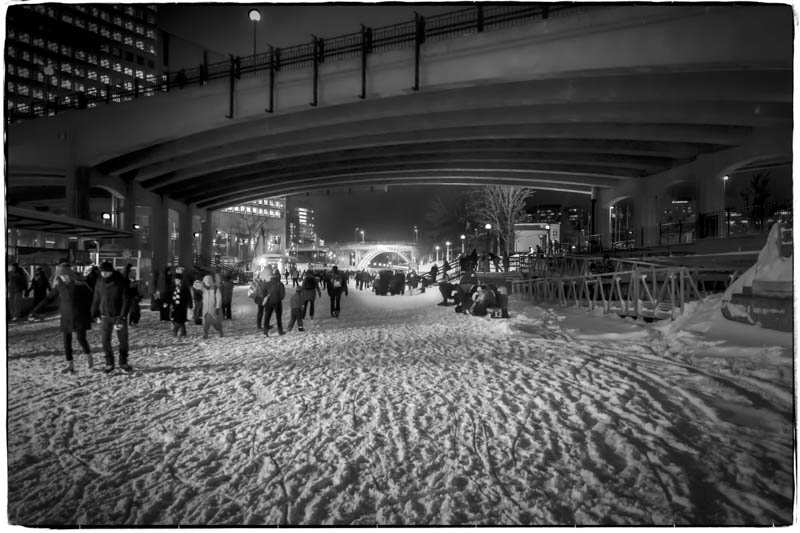 I went on about beavertails in a recent post. We had already passed the permanent fixture in the market area, but I was pleased to find this temporary one right on the canal. We later found another temporary stand in Confederation Park. 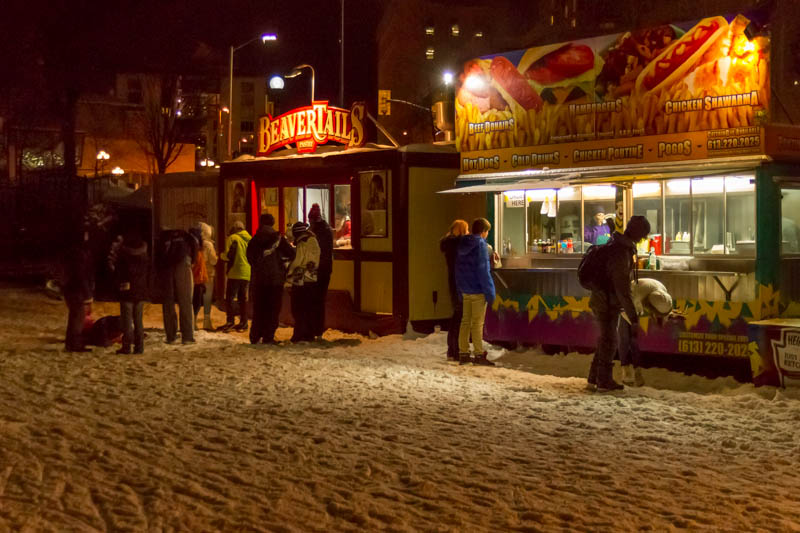 I took this final shot looking back toward the parliament buildings in the distance. 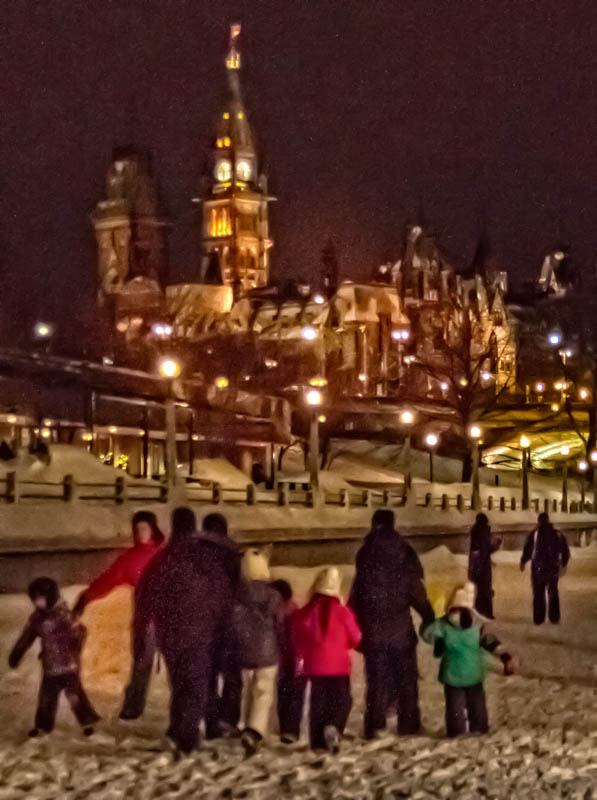 From here we went to Confederation Park to view the ice sculptures, but we'll save those photos for another day.
Posted by Anvilcloud at 6:00 am

the pub/restaurant looks really great! the whole atmosphere in this post was welcoming.

That last photo looks a mixture of magical and artisty (is that a word?). It looks as if the building is moving in the photo, while the people in the foreground are the artisty bit added on by a painter. Lovely photo!

Great photos having both warmth and detail.

Wow John, these are great. Thank you for sharing!

Jolly good post, AC. We had a great time, and though I've never had Beaver Tail (you know what I mean), I was too full after the good fare at the Highlander to venture to try it.

I liked every photo save the last. I couldn't help wondering why you hadn't used a tripod.I smiled at Mara's comment, though. It's wonderful that we can see things so differently. And yes. I see her poInt now.

Thanks for the lovely pictures of all that white stuff!

Hi AC, this looks like so much fun. How did you process that last photo? I absolutely love it. It reminds me of a print we have in our bedroom of lots of people with scarves hugging each other near a bridge.

The pictures are such that I feel like I'm out walking on a winter night! I am especially drawn to the last one. I like Norman Rockwell's work and this photograph looks like a modern day version of his work. Really, really nice.

the b & w was my favourite among these lovelies, and I thought your last one looked like stained glass.