As you can imagine, the cameras were clicking madly — mine, Sue's and Eric's phone camera. For now, here are a few shots from the day, starting with Christmas Eve.

After games, snacks and a viewing of Polar Express on Christmas Eve, it was bedtime. Due to a great demand for beds, JJ slept on a mattress on Danica's floor. Oddly enough, they both went to sleep like a charm, but poor JJ was up sick in the night. He was not healthy this Christmas. It seems to be becoming a regular tradition with him. The rest of us were well, however, which is much better than last Christmas when viruses ran rampant. 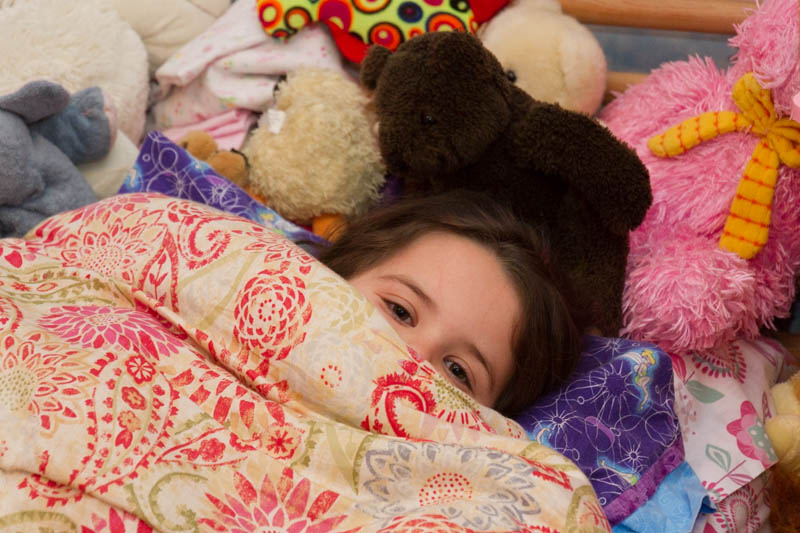 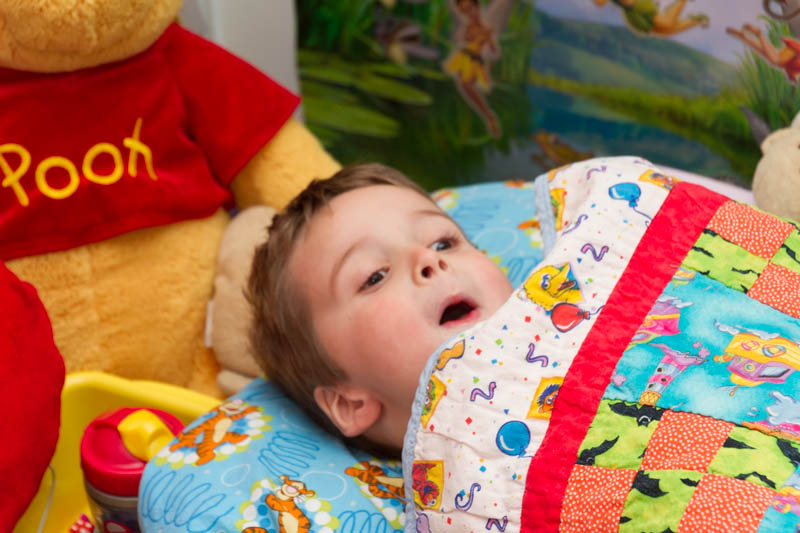 It is against Danica's beliefs to sleep in, but she is quite good about containing herself until "seven-zero-zero" on the clock. At that point she woke everybody up. Both Sue and I were deep in slumber at the time, so it was quite an abrupt awakening to have banshees come screaming into the room and jumping on the bed. The kids were pretty patient waiting for the adults to make coffee, and then the opening of gifts began. 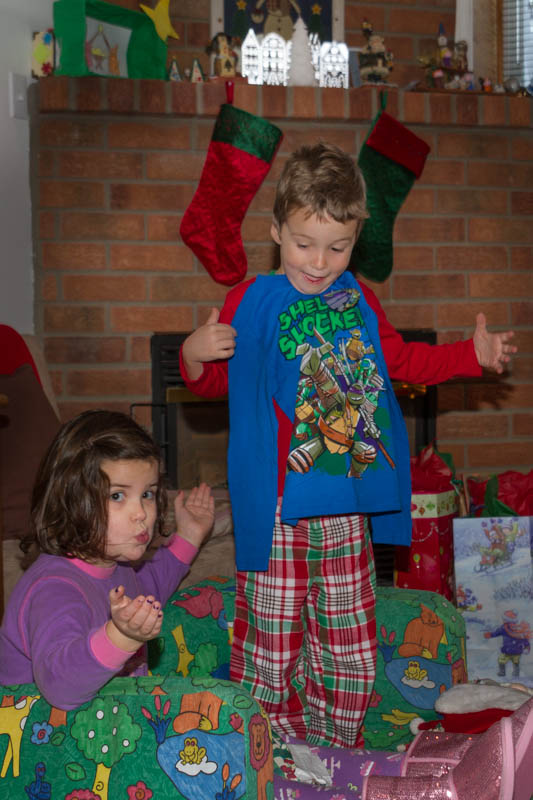 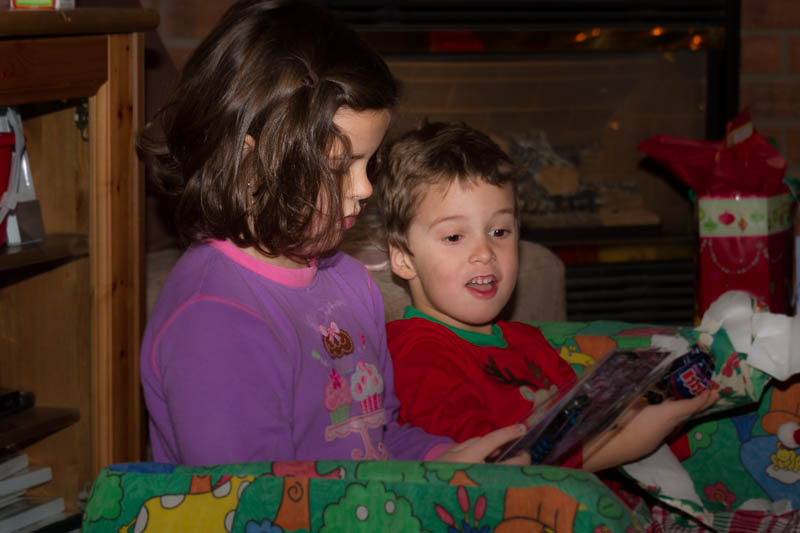 First, we do the stockings. The kids were quite patient while we went around the family circle, taking turns and opening one gift at a time. That process took about 45', after which we headed upstairs for breakfast and more coffee. Sue makes a Wife Saver breakfast every year — sort of french toast in a casserole dish. She puts it together the day before and pops it into the oven on Christmas morning. By the time the stockings are done, breakfast is ready. It's a good way to do it.

During this interlude, I stuck my head out the door just long enough to snap a few photos. Brother! it was cold. Cold, but pretty. 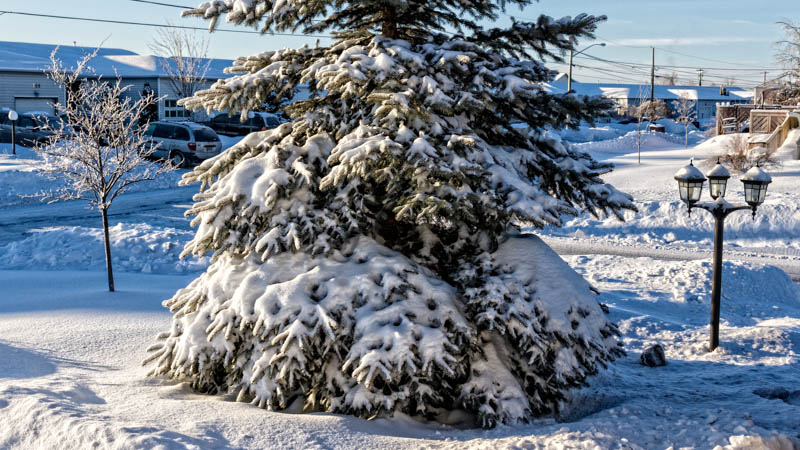 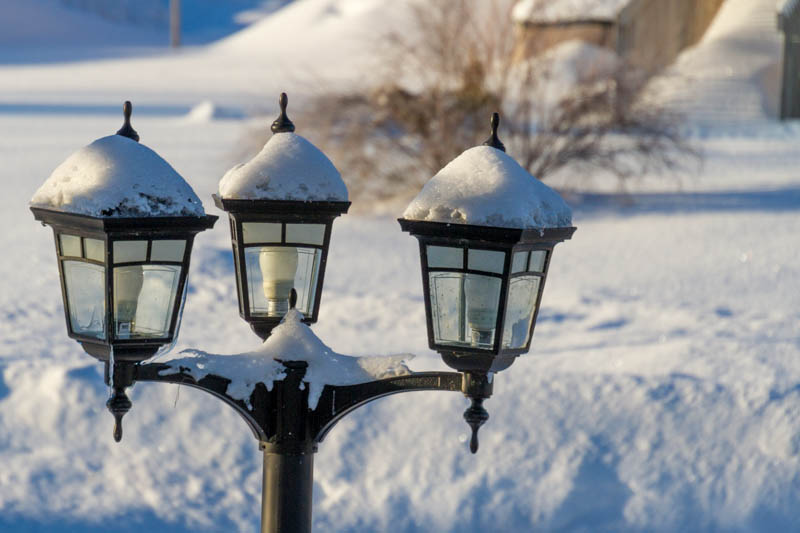 Back downstairs headed the clan for the opening of more gifts. Both Amma and Buppa received tops. Mine was a replica hockey jersey. Number 4 was worn by a boyhood idol, Jean Beliveau, who played 18 seasons from 1953-1971. He captained the Montreal Canadiens for his last 10 years and also won 10 Stanley Cups. His number was retired and hung from the rafters when he left the game. In addition to the sweater, both Eric and I received tickets for the Canadiens' last game of the season, which will be played here in Ottawa in early April. 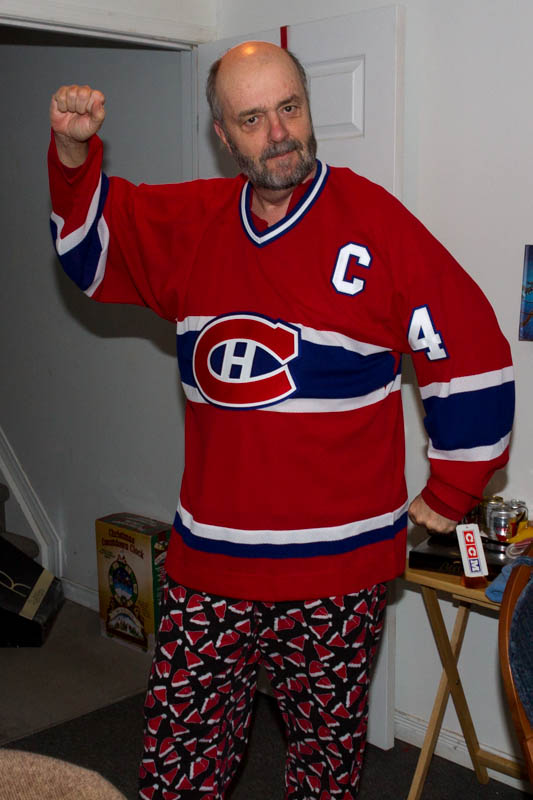 Sue's top is of the glitzy variety. She wouldn't have it any other way. 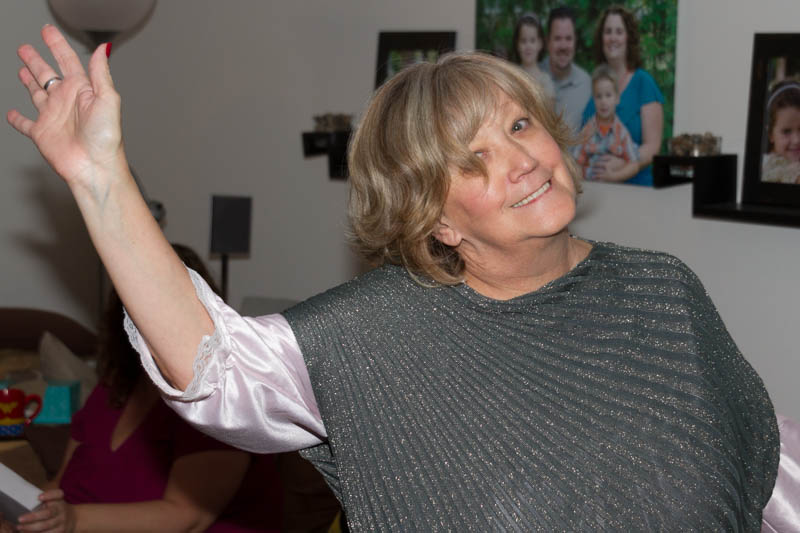 Grandmaman (the French way to spell it) scored big time with a new laptop. 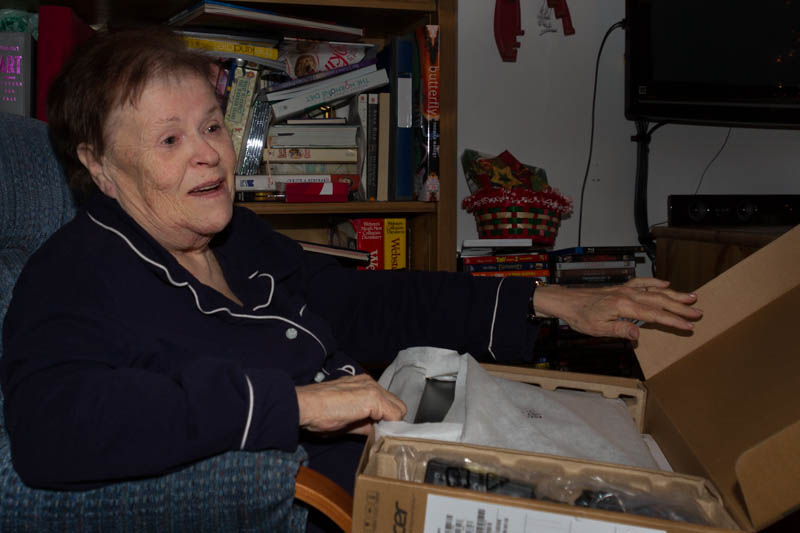 The kids fared very well too, their major gifts being tablets. Danica also received a karaoke machine. She tried it out later in the day and amazed us once again with her ability to read and follow along. 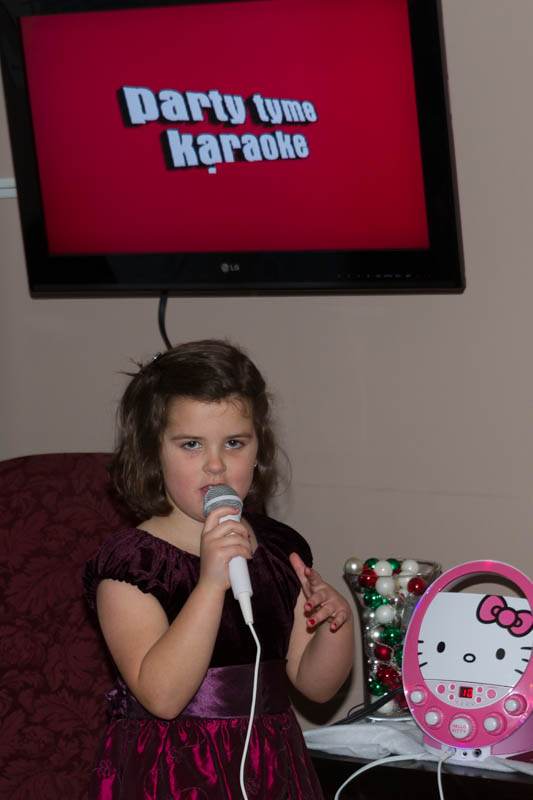 I imagine that Sue may also post a bunch of photos at some point and tell a fuller story.
Posted by Anvilcloud at 12:11 pm

Looks like a grand time was had by all. Love the glitzy blouse! And the snow pics. And the kids' faces. Happy New Year!!

Glad everyone had a great time! Sorry JJ was sick!
Love the photos!
hughugs

We make Wifesaver every year---it's OK to call it Wifesaver if you both work on it.

Obviously, you've had a wonderful Christmas. How great for you!

It looks like everyone had a perfectly lovely day.. except for how poor JJ was feeling.

I liked your top and then I scrolled down and saw the bottoms: fantastic!

And the Christmas cards in your last post are adorable.

The reason we "mature" women love glittery tops is that they distract from our wrinkles. ;)

It looks like it was a good day for the most part. I do hope JJ is feeling better. Danica's dress is beautiful, not to mention Sue's top. The gogeous women in your life are stylin! Happy New Year to all your family.

very Norman Rockwell, except for the techie grandma and her new computer!!

Looks like everyone scored in the gift dept, AC, especially liked the modeling of this sports and glitzy tops. Bring sick on Christmas is. It fun, but looks like JJ recovered in time.