A Cup of Christmas Tea

The book, A Cup of Christmas Tea, is a very poignant Christmas story. It's about a guy who decides to accept his old aunt's invitation to visit for a cup of Christmas tea. When I first read it, I was a teary mess. I posted about the book last year, but I think it's worth another post and may help to remind us to think of others' needs at this time of year. It's early in the season, but it's never to early to ponder over the season and the things that matter most. 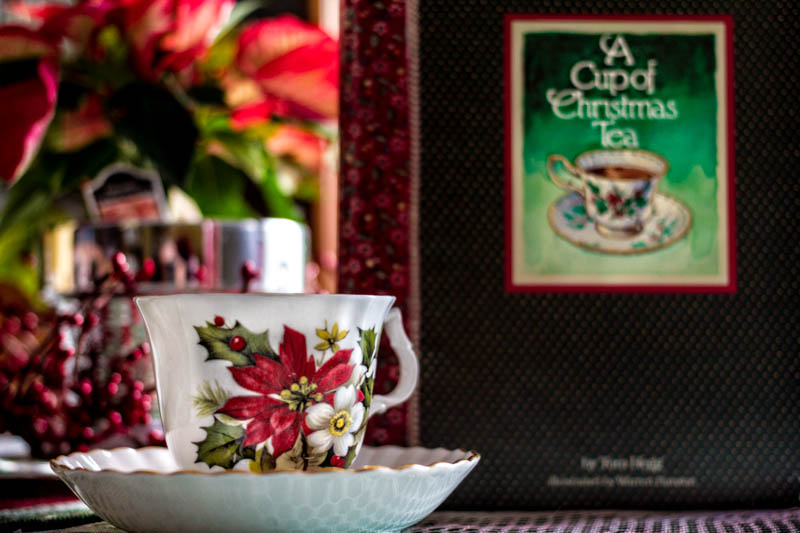 This is a reading that takes 8:39 minutes, but I've included the text below because it goes faster. I presume that it is okay to post the text as the book is 30 years old. It's still well worth adding to your Christmas collection, however. amazon usa  amazon canada


A Cup of Christmas Tea

The log was in the fireplace, all spiced and set to burn.
At last the yearly Christmas race was in the clubhouse turn.
The cards were in the mail, all the gifts beneath the tree
And 30 days reprieve till Visa could catch up with me.

Though smug satisfaction seemed the order of the day,
Something still was nagging me and would not go away.
A week before, I got a letter from my old great Aunt.
It read: "Of course I'll understand completely if you can't,
But if you find you have some time how wonderful if we
Could have a little chat and share a cup of Christmas tea."

She'd had a mild stroke that year which crippled her left side.
Though house bound now my folks had said it hadn't hurt her pride.
They said: "She'd love to see you. What a nice thing it would be
For you to go and maybe have a cup of Christmas tea."

But boy! I didn't want to go. Oh, what a bitter pill
To see an old relation and how far she'd gone downhill.
I remembered her as vigorous, as funny and as bright.
I remembered Christmas Eves when she regaled us half the night.

I didn't want to risk all that. I didn't want the pain.
I didn't need to be depressed. I didn't need the strain.
And what about my brother? Why not him? She's his aunt, too!
I thought I had it justified, but then before I knew
The reasons not to go I so painstakingly had built
Were cracking wide and crumbling in an acid rain of guilt.

I put on boots and gloves and cap, shame stinging every pore
And armed with squeegee, sand and map, I went out my front door.
I drove in from the suburbs to the older part of town
The pastels of the newer homes gave way to gray and brown.

I had that disembodied feeling as the car pulled up
And stopped beside the wooden house
That held the Christmas cup.
How I got up to her door I really couldn't tell . . .
I watched my hand rise up and press the button of the bell.

I waited, aided by my nervous rocking to and fro
And just as I was thinking I should turn around and go
I heard the rattle of the china in the hutch against the wall.
The triple beat of two feet and a crutch came down the hall.
The clicking of the door latch and the sliding of the bolt
And a little swollen struggle popped it open with a jolt.

She stood there pale and tiny, looking fragile as an egg.
I forced myself from staring at the brace that held her leg.
And though her thick bifocals
Seemed to crack and spread her eyes,
Their milky and refracted depths lit up with young surprise.
"Come in!" "Come in!" She laughed the words.
She took me by the hand
And all my fears dissolved away as if by her command.
We went inside and then before I knew how to react
Before my eyes and ears and nose
Was Christmas past . . . alive . . . intact!

The scent of candied oranges, of cinnamon and pine,
The antique wooden soldiers in their military line,
The porcelain Nativity I'd always loved so much,
The Dresden and the crystal I'd been told I mustn't touch.
My spirit fairly bolted like a child out of class
And danced among the ornaments of calico and glass.

Like magic I was six again, deep in a Christmas spell
Steeped in the million memories the boy inside knew well.
And here among old Christmas cards so lovingly displayed
A special place of honor for the ones we kids had made.
And there, beside her rocking chair, the center of it all
My great Aunt stood and said
How nice it was that I had come to call.

I sat and rattled on about the weather and the flu
She listened very patiently then smiled and said, "What's new?"
Thoughts and words began to flow. I started making sense.
I lost the phony breeziness I use when I get tense.
She was still passionately interested in everything I did.
She was positive. Encouraging. Like when I was a kid.
Simple generalities still sent her into fits
She demanded the specifics . . . the particulars . . . the bits.

We talked about the limitations that she'd had to face.
She spoke with utter candor and with humor and good grace.
Then defying the reality of crutch and straightened knee
On wings of hospitality she flew to brew the tea.
I sat alone with feelings that I hadn't felt in years.
I looked around at Christmas through a thick hot blur of tears.

And the candles and the holly she'd arranged on every shelf,
The impossibly good cookies she still somehow baked herself.
But these rich and tactile memories Became quite pale and thin
When measured by the Christmas
My great Aunt kept deep within.
Her body halved and nearly spent, But my great Aunt was whole.
I saw a Christmas miracle, the triumph of a soul.

The triple beat of two feet and a crutch came down the hall.
The rattle of the china in the hutch against the wall.
She poured two cups, she smiled, And then she handed one to me.
And then we settled back and had a cup of Christmas tea.

i'm not certain whether to bless you for sharing this or curse you through the tears...

How delightful. You made my day. As we get older, those memories seem not to fade, but become more pronounced.
Thank you for sharing!

Oh that's just so touching, AC. I read rather than listened. How very tender.

I also read it...What a sentimental story. So sad and bittersweet...
hughugs

Wonderful. I'm a little chagrined to admit I've seen that book laying around here on Christmas past and never bothered to read it. Now I will....

Well if that isn't the true spirit of this season I don't know what is. Thank you for sharing. Does it remind you of somebody specific? An aunt or grandma perhaps?