For the third consecutive year, we ventured out on a December Saturday morning to Open House at Danica's dance class. This year, she is enrolled in two session, ballet and highland. The ballet class came first, and, with only five girls in the class, I took quite a few shots. The highland class, with a dozen more girls and giddy ones at that, was a bit more problematic. So, all of these shots are from the ballet group. I took some video that I will likely post tomorrow.

She was as pleased as punch, beaming with pleasure. Grandma was pleased too. 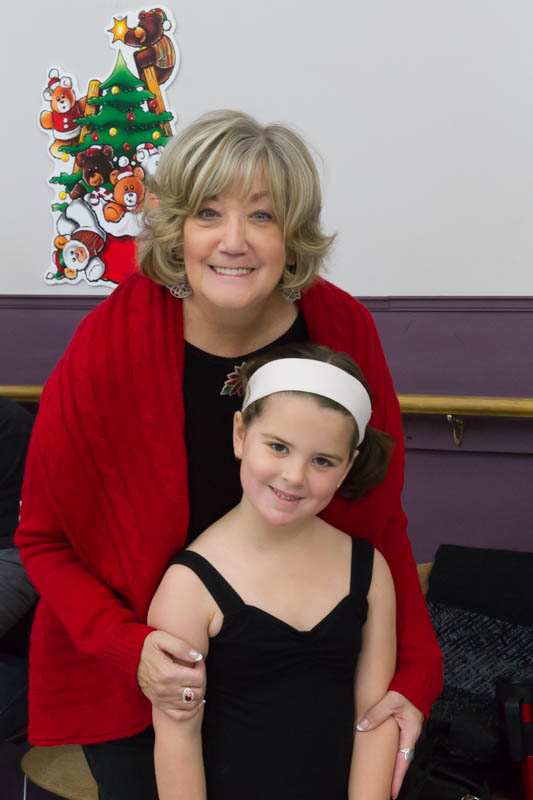 Meanwhile, JJ was happy to be on the sidelines. 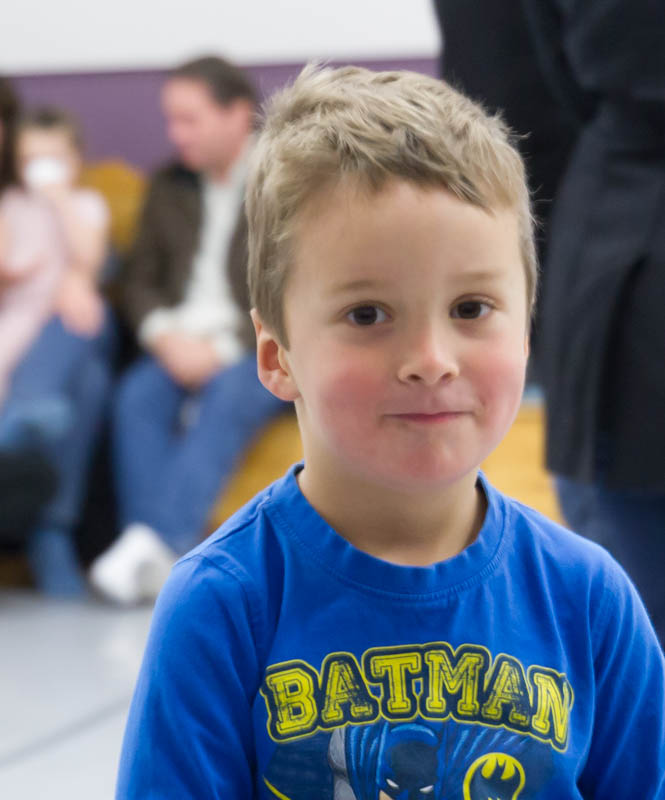 She did some warmup bar stretches on her own before the group activities started. 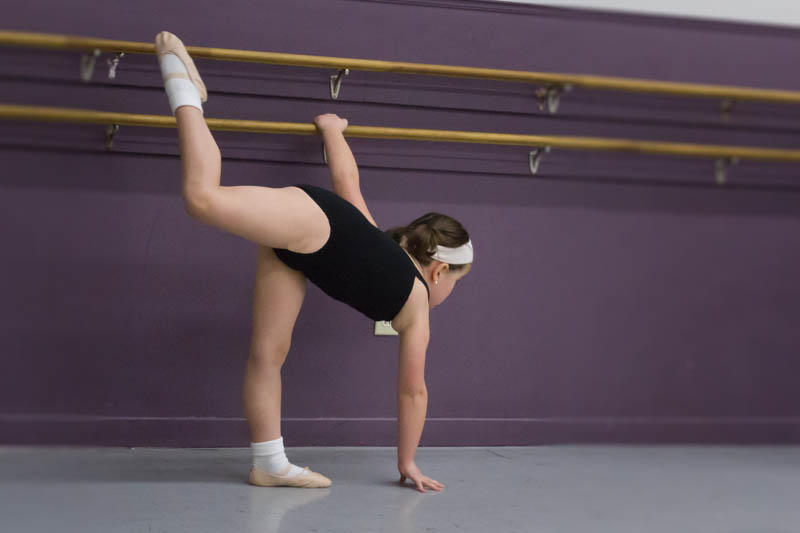 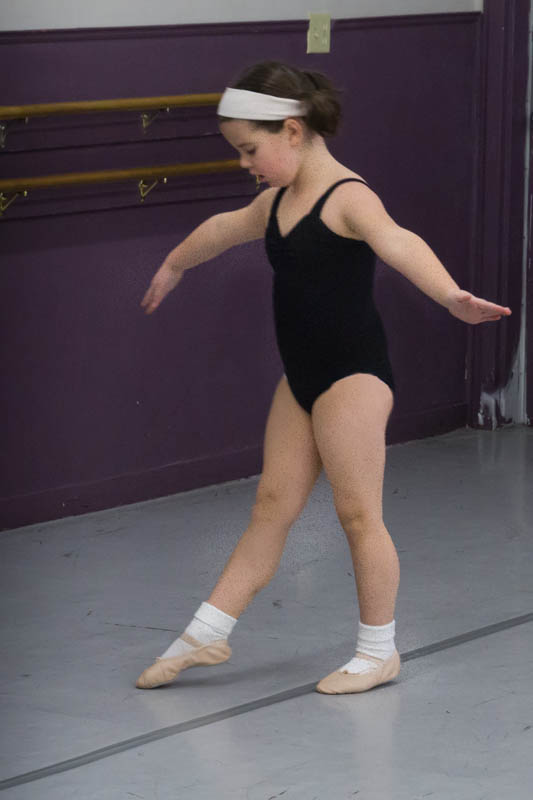 One the class began, floor stretches were just about the first thing on the agenda. 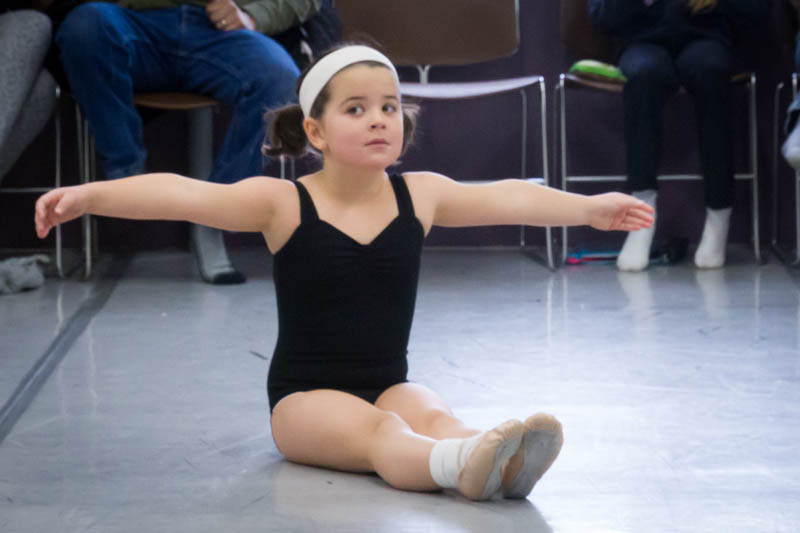 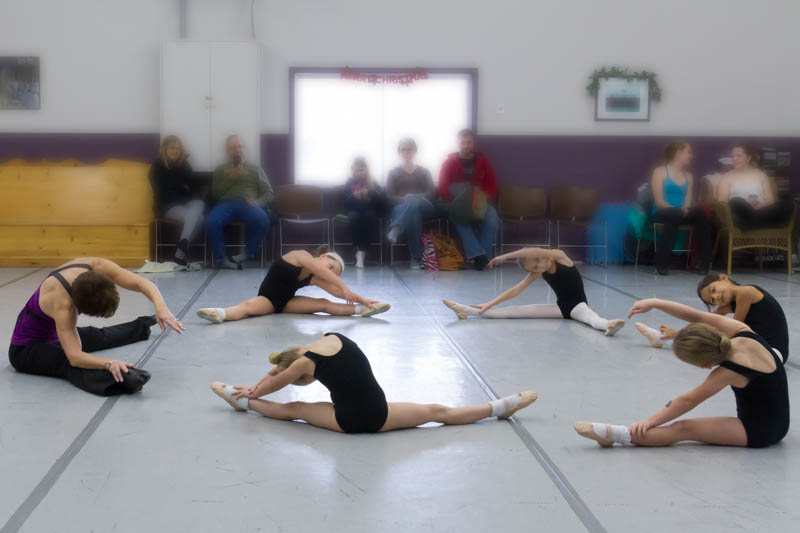 Then they all went to the bar. 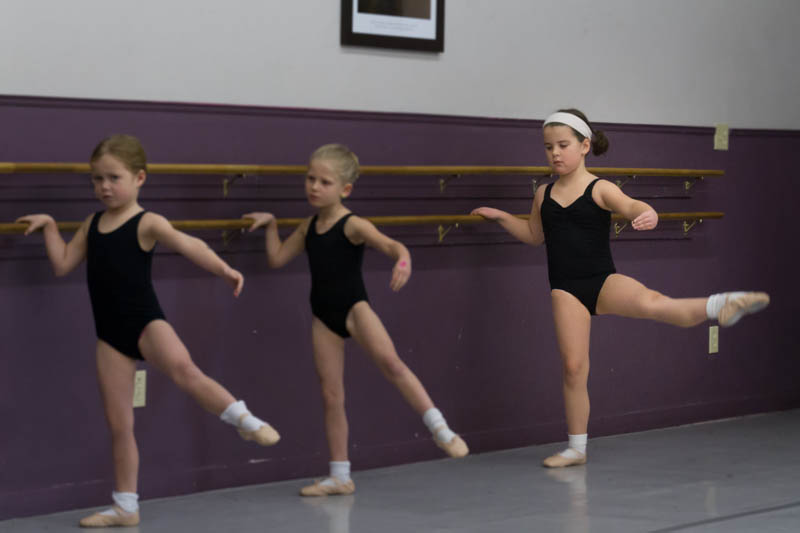 Later, on the other side of the room, Danica was able to admire herself in the mirror. What form! 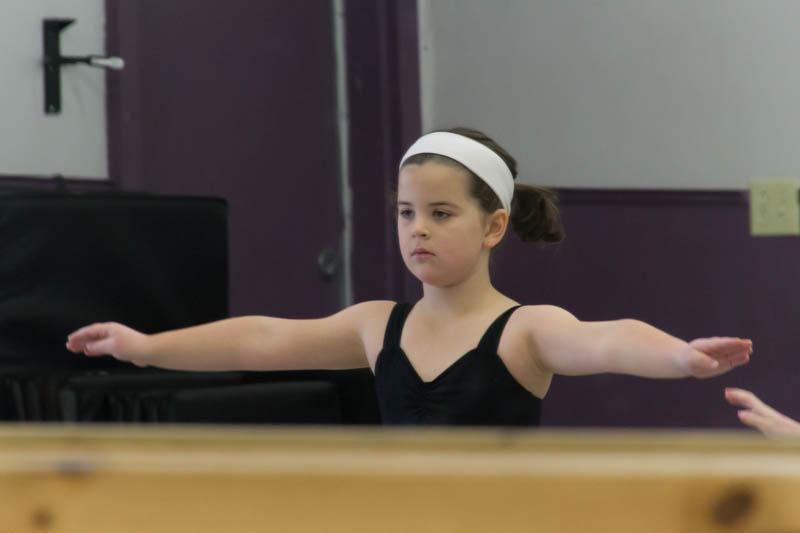 We saw great positions and steps. 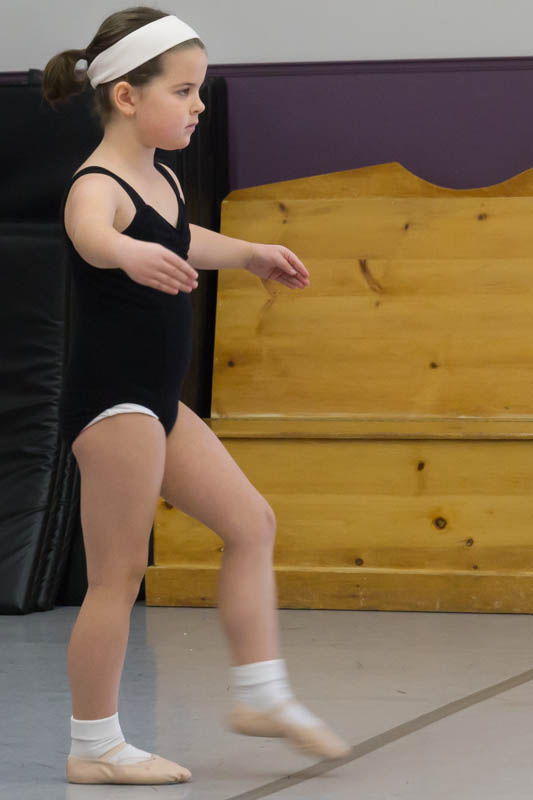 And some fine jumping. 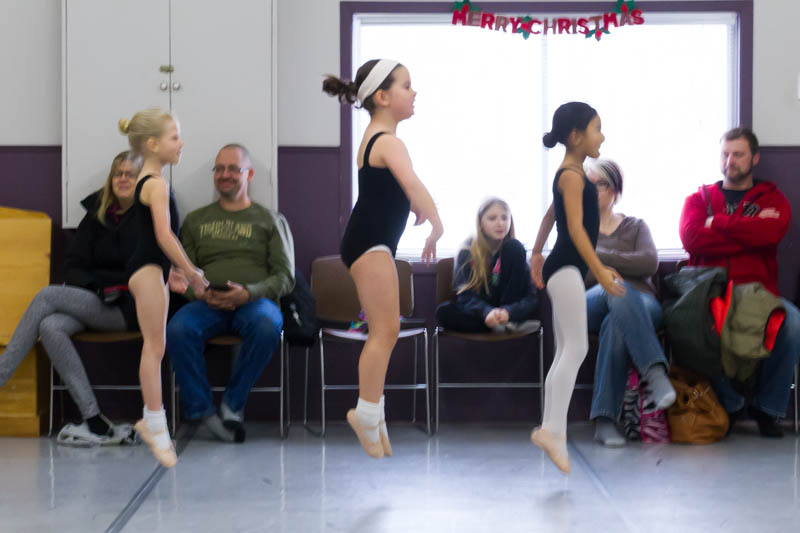 So sweet. Your very lucky to have your grands so close by. Unfortunately ours are a two and a half hour flight away in Arizona.

they are SO adorable. bless those little dancers!

So cute!! She looks so serious as she balances. I love the one of the girls in a circle. Nice photos!

I too like the photo of the circle of dancers. Little Miss D is showing the proper ballerina mien early on, as well as great form!

Such serious concentration. She's such a cutie.

Don't you wish you could still jump like that?!!Hahaaa
Toooo cute!!
hughugs

She has lovely form....and such poise. Wonderful photographs.

There is something so adorable as the physiques of little girls her age...especially the warm up !!

aww she looks wonderful. They are lucky to have you guys nearby.. both M and my parents live continents away.