Frost in the Garden

Last week (oops, two weeks ago already — this one kind of got lost in the queue), we had the deepest frost of the year when it went down tp -6°C/21°F at night. Somewhat miraculously, I engaged both my brain and willpower long enough of take the camera out to the front yard. I had recalled that I left a single echinacea flower blooming when I cut down the garden on the previous week, and I thought it might deserve a photo or two. 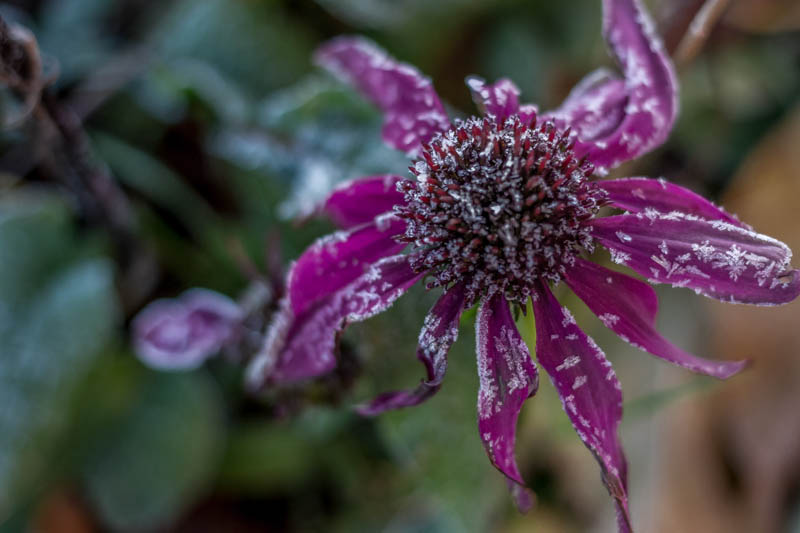 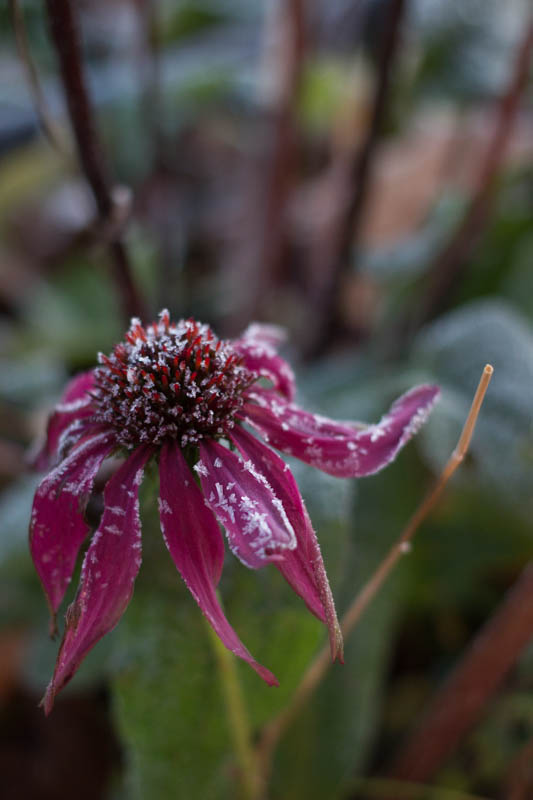 It turns out that I don't adore either photo, but as is so often also the case, I do like some other photos that I took at the time. When I cut down the garden, I did leave a few plants standing. One was the penstemon or beardtongue. This plant produces divine little blossoms in spring, but is rather pleasing even afterward for its burnished leaves. 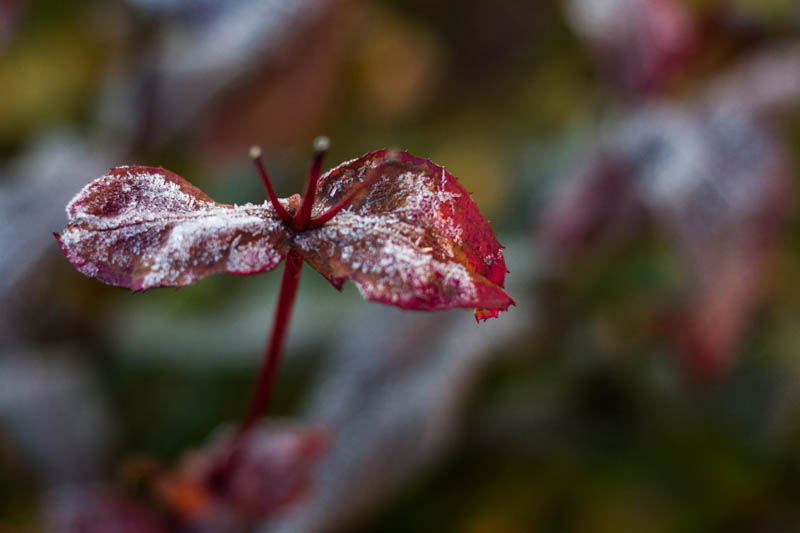 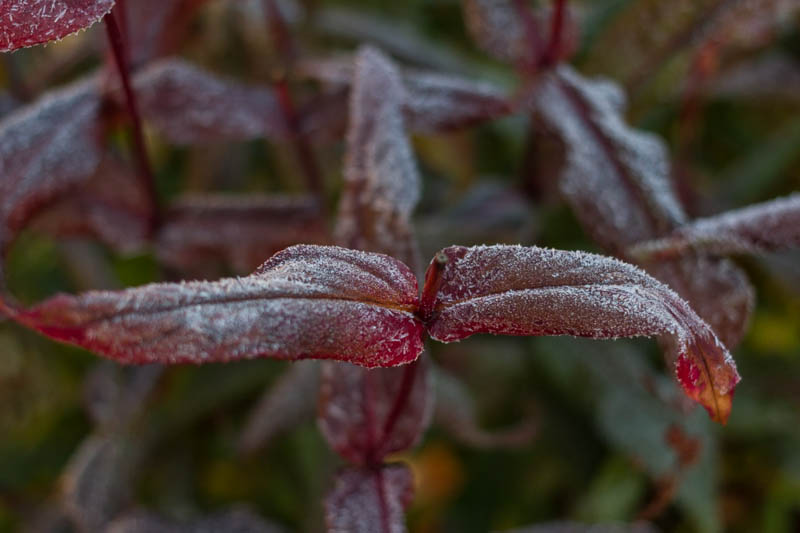 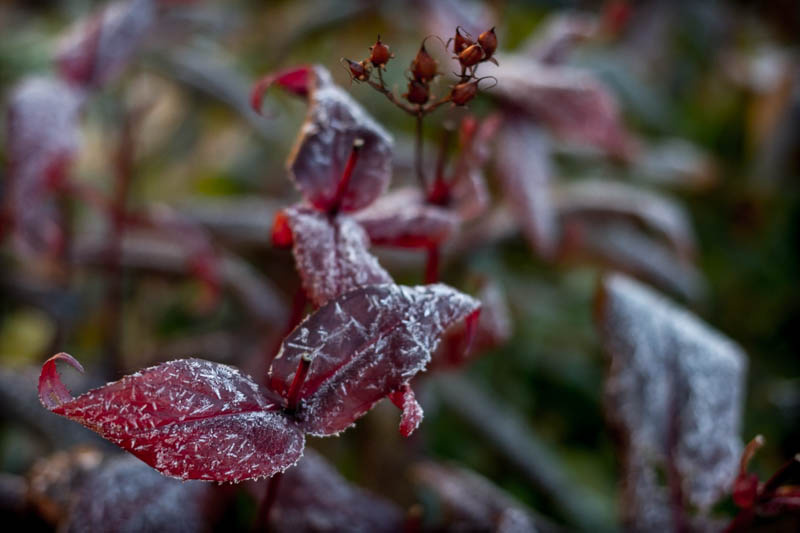 At the time, I also left the salvia or sage because the bees were still active, and there was little else for them to work on. Of course, a week later by the time of this frost, the bees had disappeared for the winter. You can barely see the frost in this photo, but it's there. 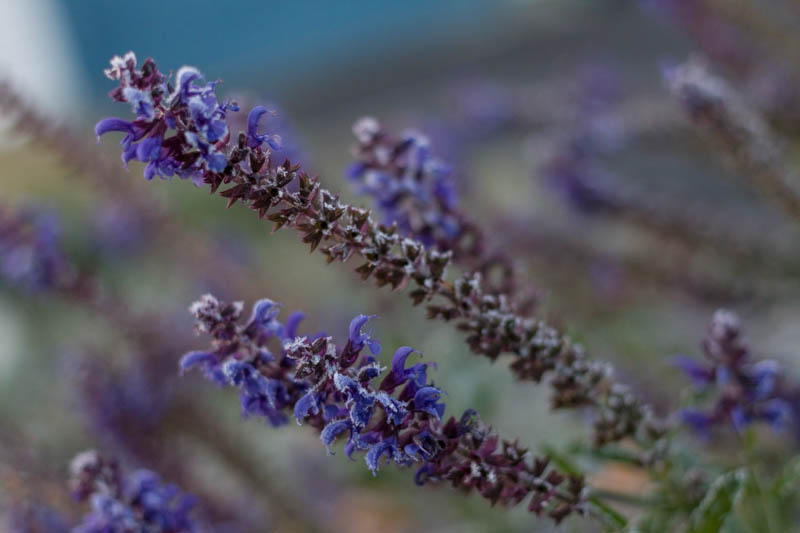 I took the two subsequent photos an hour or so afterward when the sun had come out in greater fullness. The changing light gave a whole different colour to the garden. 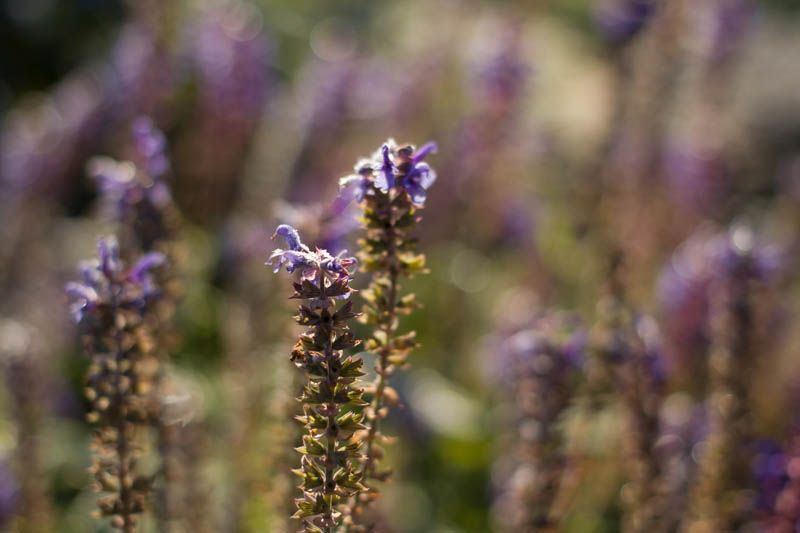 An attempt at artiness. 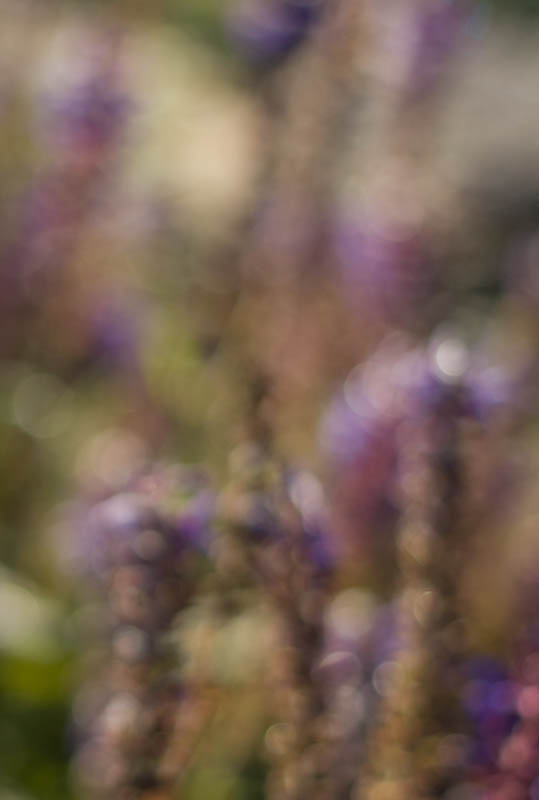 Before heading in, I snapped this one of a mailbox that Sue had painted many years ago. We hadn't put it up in this place until lately when the box that came with the house began to succumb to the elements and look a bit under the weather (so to speak). If you look carefully, you might espy a few bits of frost on this too. 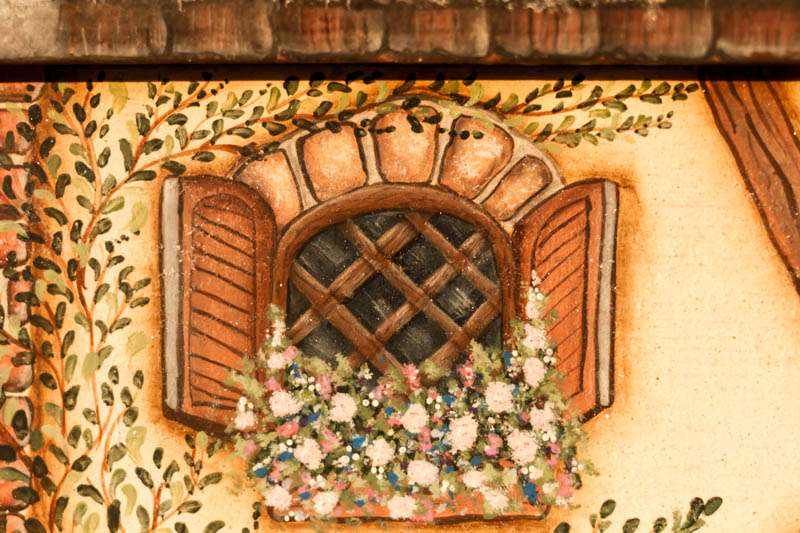 I just took a look at the timestamp, which informs me that this set was taken on October 29 2013. Dad would have turned 101 that day had he remained with us. As it was, he lived to see his 86th birthday, which is not bad at all.

What a great name that is, "beard tongue". Now you have me wondering about bees. Where do they go? Do they die or do they hibernate? Seems like something I should know, but I don't. Great pics AC. I'm cold now, but that could also be because it is snowing here. Yikes. Not ready for snow!!!

We still haven't had the frosts the forecasters keep promising. You got some really great shots. I particularly like the first one.

Nice! But too darn cold for me. We had snow Monday night! Not ready for this yet!

Echinacea and that purple one are my favourites from this bunch if you exclude the absolutely precious one of Sue's mailbox.

And I'm impressed that you know the names of all these babies.

I love the colors! And Sue's mailbox is wonderful!

Love the painting on the mailbox and the photos of the flowers say to me that Winter is once again, on its way...sigh.
Here we go again...
hughugs

Some lovely pics here, AC.. I love the frost on the echinaceia. And Sue sure is artistic.. that's a pretty design. Your dad had a good run.