The Riverside and Fathers Day

With neither Cuppa nor Anvilcloud feeling especially perky lately but still wanting to get out a bit, we have found ourselves sitting in the park munching sandwiches on a number of occasions lately. All we have to do is drive the short distance, haul our chairs into the shade and sit a spell. Since the weather has been almost perfect, that's what we have been doing.

Our view is represented by the three pictures below. The first looks upriver, the second downriver, and the third across the river. In the third, you also see a pontoon boat. There are quite a few used locally as well as on the two, old canal systems in Eastern Ontario: the Trent and the Rideau. They aren't speedboats but, being flat-bottomed, are relatively comfortable for families to putt around in. 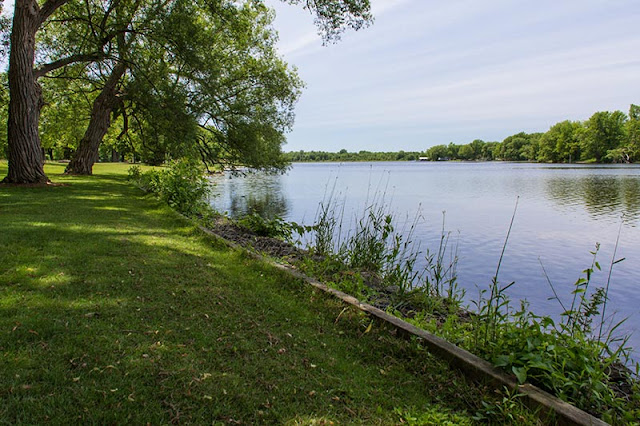 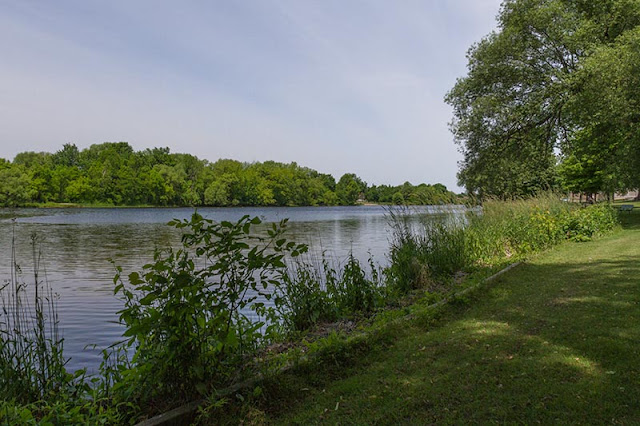 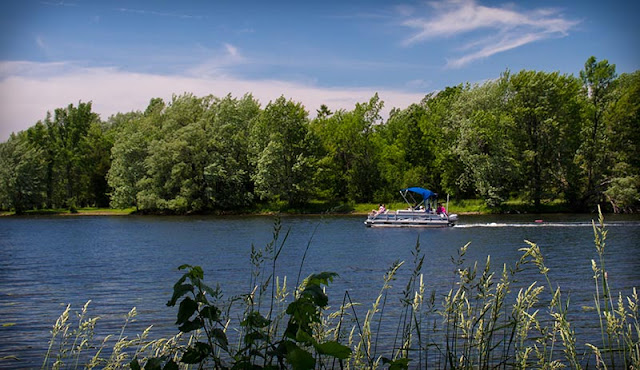 Here is Cuppa enjoying the view sitting on one of our roll-up camp chairs with her feet resting on our little cooler. Naturally, I am usually found at her side, but I moved my stuff out of the way for the sake of the photo. 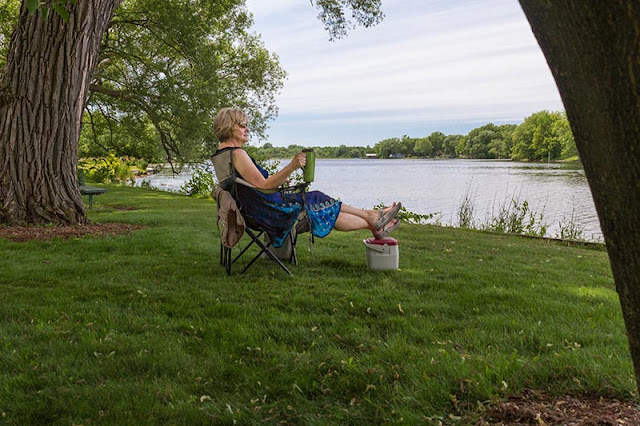 We spent some time at the park on Fathers Day before taking in the grandkids' swimming lessons and then being treated to a bbq at their place.

The boy isn't totally comfortable in the water yet, but he's off to a good start. You can see a smile on her face at she kicks those feet. 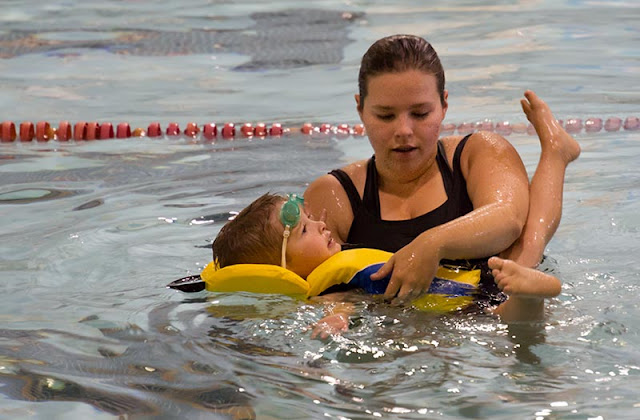 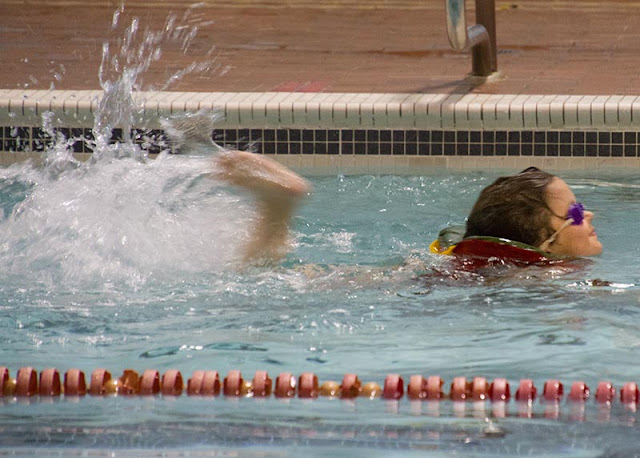 While waiting for supper. she played on Daddy's Playbook as he looked on intently whilst munching a small bowl of chips. 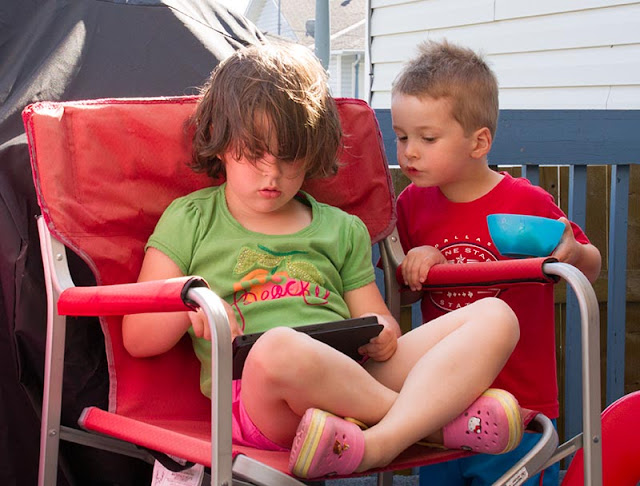 Just who was this person taking up space on Fathers Day? 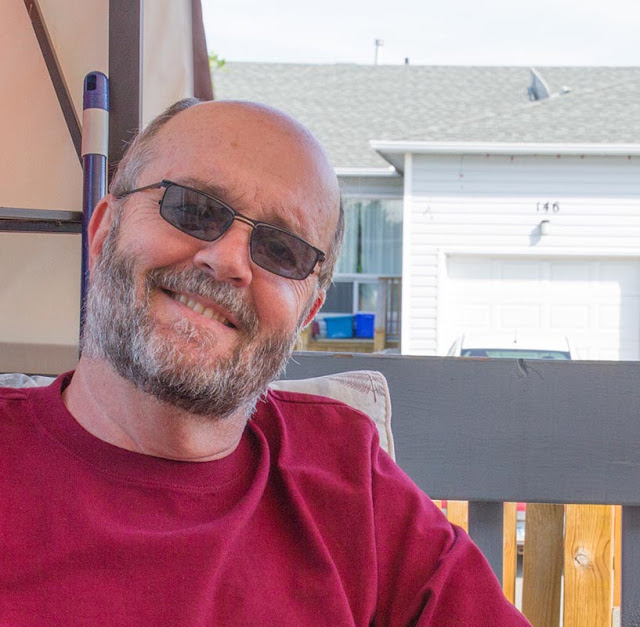 Posted by Anvilcloud at 7:24 pm

Well it looks like you had a splendid Father's Day A.C.
Beautiful sights, beautiful wife, fun with the grands and good food. I think you got what you deserved my friend!! Love Di ♥

All in all this looked like a restful way to spend your special day, AC.

Looks like you had a most deserved good day on Father's Day.
So glad to see the wee ones are learning to swim. It is a most important skill--and a life long sport.

Sounds like a lovely day. Is there anything that your granddaughter doesn't approach with utter confidence? That last shot is very nice.

What a lovely spot to sit a spell. I think I'd be there everyday if I lived where you do !

Belated Happy Father's Day to you. What a blessing you are to your family.

Great pictures! It's fun to see what is going on the lives of others.

you're looking happy and well. good to see.