The kids had so much fun sledding the first time that we took them again. Watch Buppa fall — twice. Then watch him try get his big, stiff body onto a little saucer at the end.

Below are some stills, the last three were extracted from the videos, just for something to do. They were from a compact, so they're not great, but I've never done it before, so I wanted to try. 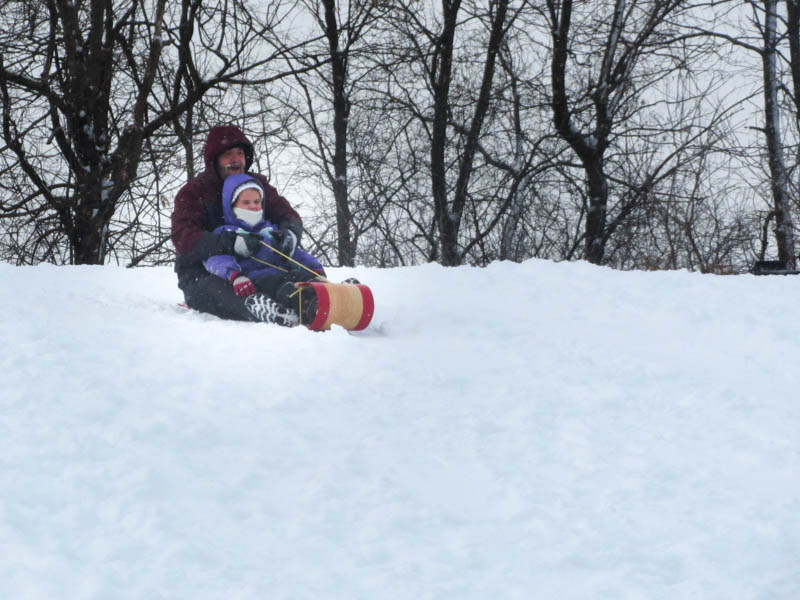 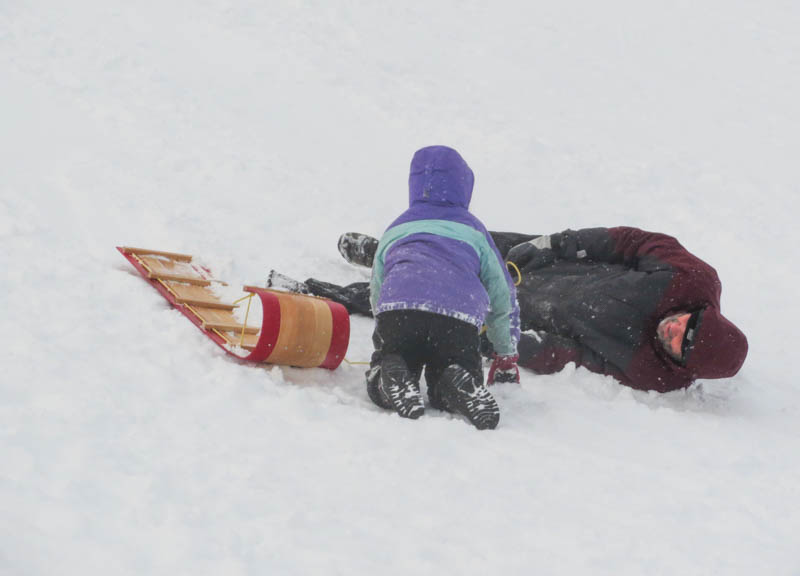 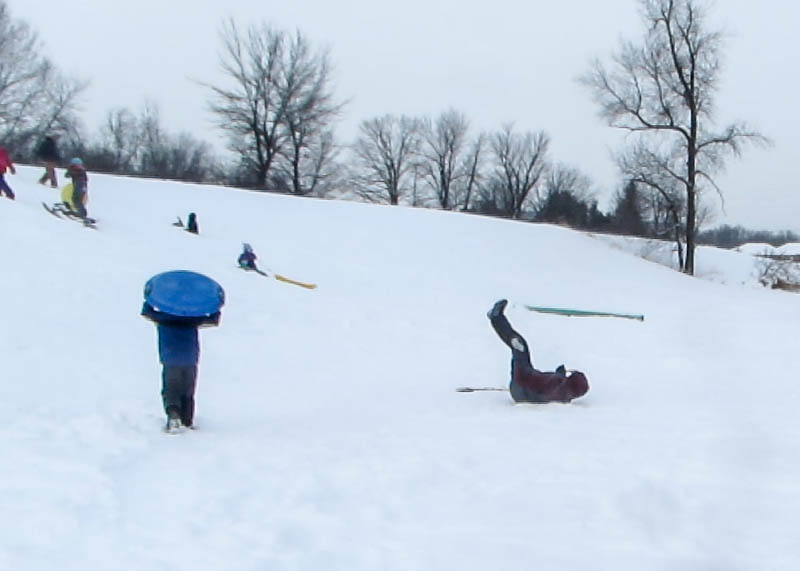 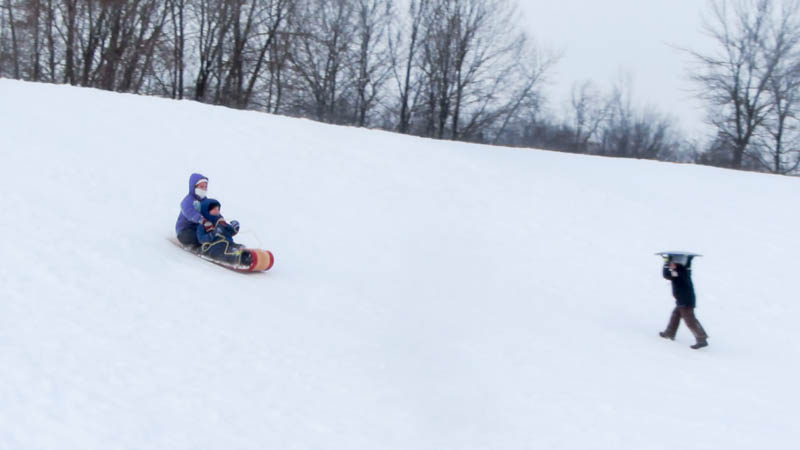 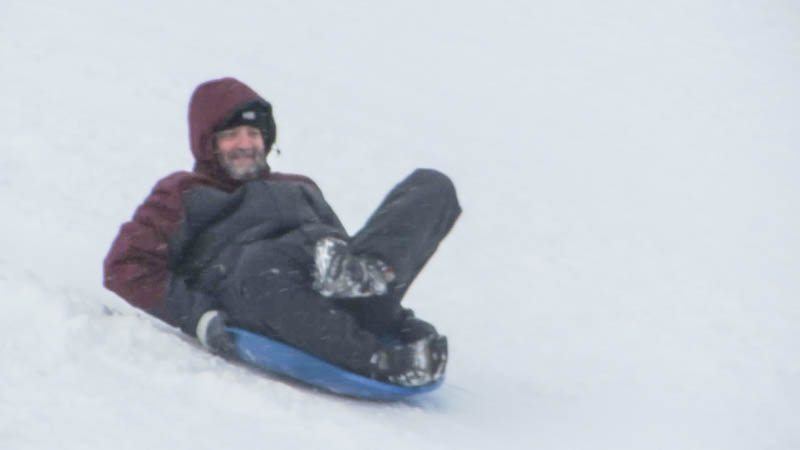 Fantastic fun! Lovely video and photos ! Thanks for sharing , Have a good day !

What a guy to have so much fun with the little ones!

love the toboggan! i'd have skipped the saucer! :)

Looks like my kind of hill for sledding, not too steep for climbing back up to the top. ;)

Buppa's try on the saucer had me ending up almost in the same position by my desk.

Got me thinking whatever happened to our old toboggan. What fun that was....:)

That last shot seems to sum up the fun time had by you and the grands. Enjoyed the fun video.

Thanks for the stills, AC. As I've mentioned my computer is so old I can't get the videos ... or I should say I get them if I'm willing to wait for an hour !!

excellent. our backyard is a hill.. so we sled down it whenever it snows

That looks like loads of fun! You are making some fantastic memories with your grandchildren.

The old wooden one went the farthest!!
How fun!
hughugs

huh, I won't tobaggan for fear of hurting myself. you're a younger 'un