On Flickr, I was recently challenged to post bw photos for 5 straight days. This would not have been a difficult challenge for me because I somewhat often convert my photos to bw just for the heck of it.

However, I formally refused the challenge because it also involved passing the challenge on to someone new on each of the 5 days. However, in my head at least, I accepted informally and posted my 5 photos.

Some of them will be the same as the following set, but I won't post all of these over there. For this post, I have decided to post only from my recent photos. 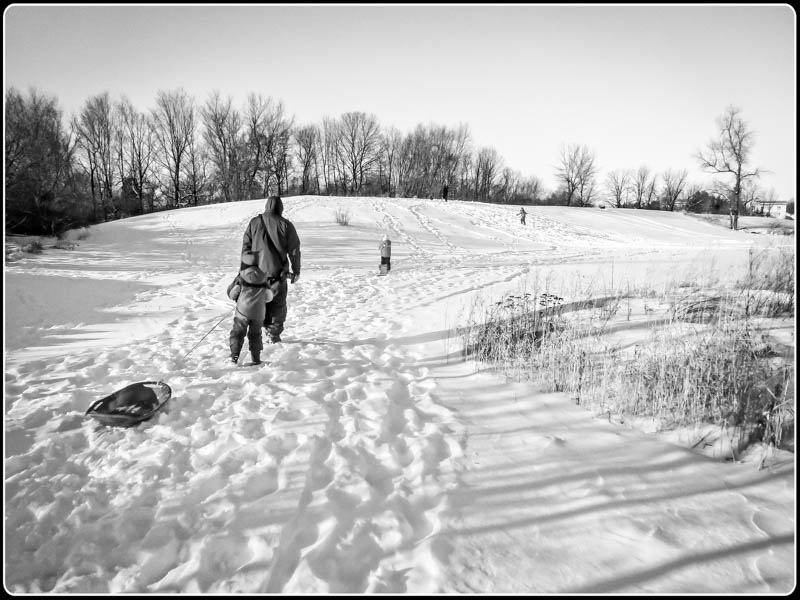 Above and below are photos from our recent sledding adventure. Above, we are walking toward the hill with Danica way out front and Jonathan bringing up the rear. This is how we roll.

Below is JJ at the end of one of his runs. 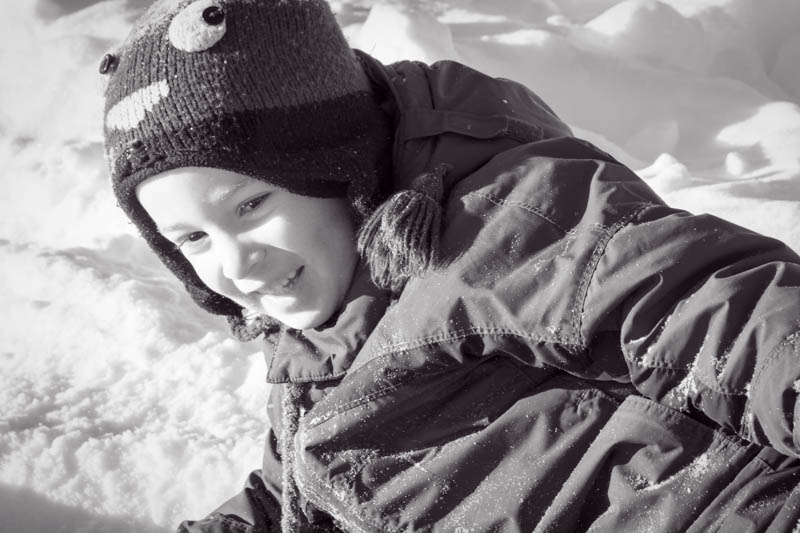 The rest of the photos were taken on his birthday although they are not all of his birthday. I have shown you the first one in colour already of Sue with JJ wrapped in the blanket that she is crocheting for him. It's one of my faves of this post. 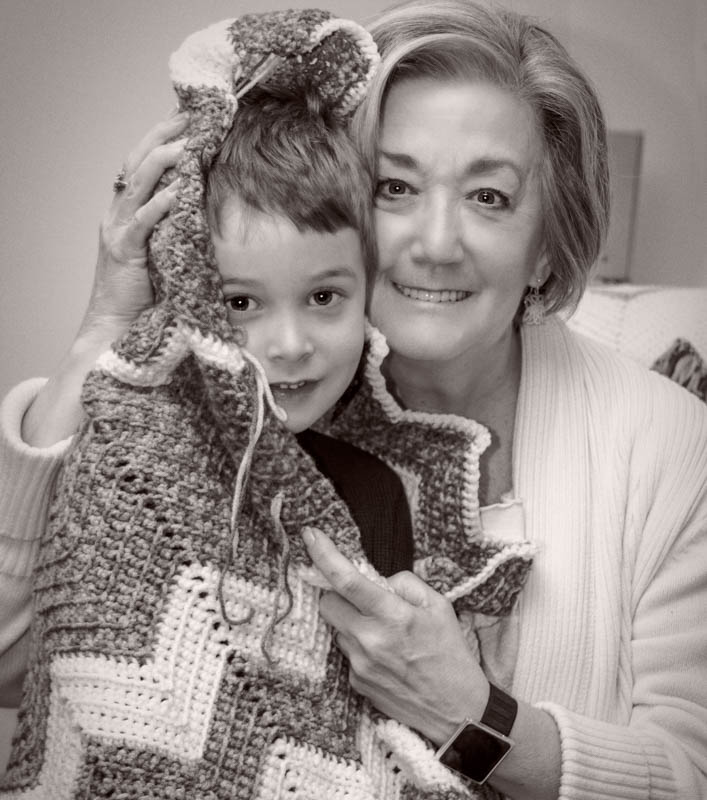 The next one is from our lunch at Tim Hortons after taking them out of school in honour of the day. 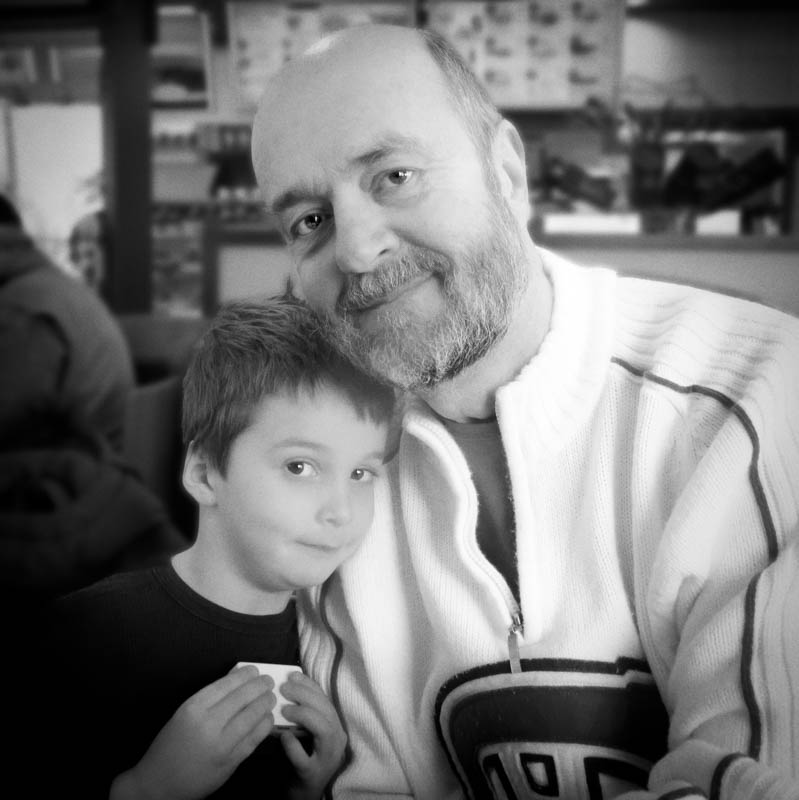 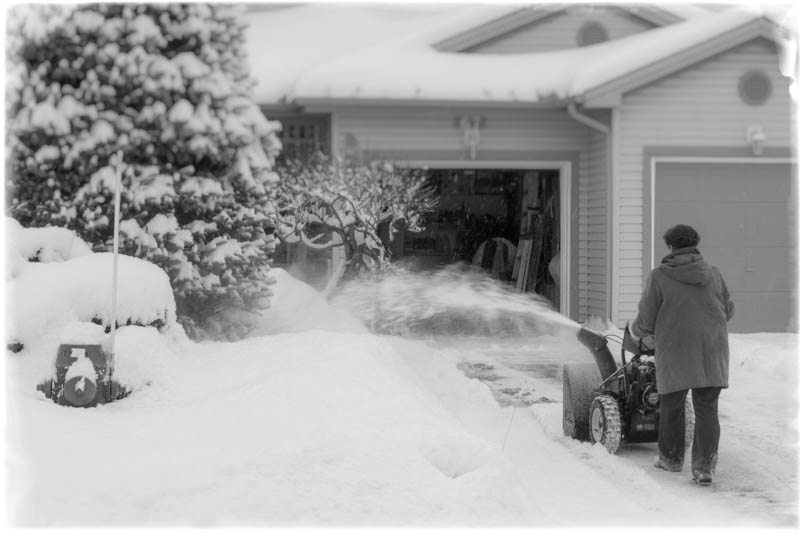 I took the photos, above and below, while waiting for the school bus to drop the kids off. Above: it seems that every year, I take at least one photo of our neighbour blowing her snow. Below: another fave photo of the bus at the end of our street on a snowy day. 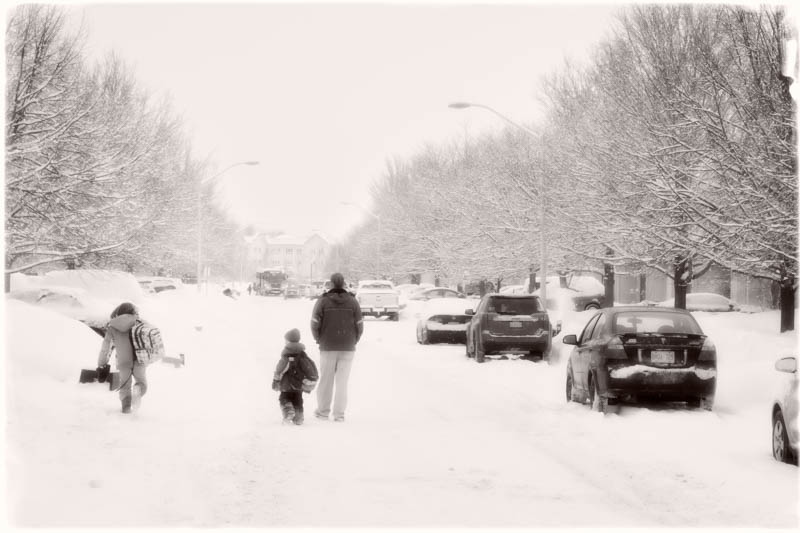 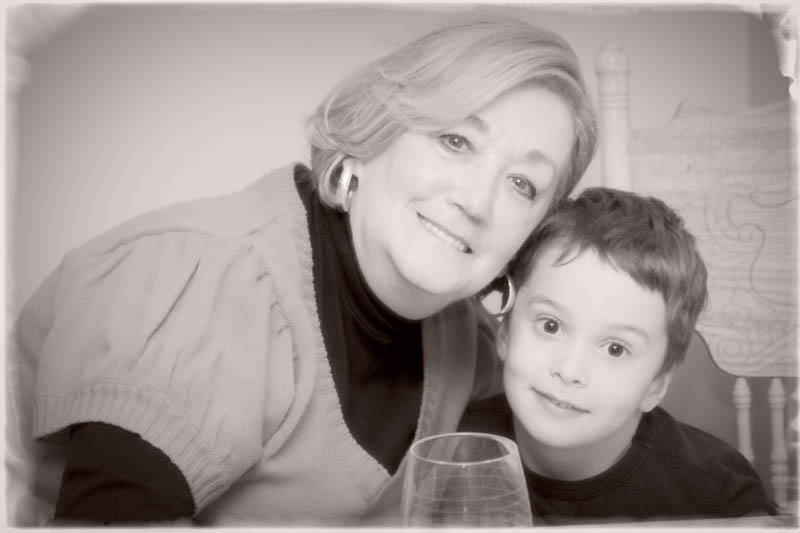 Finally, Sue and JJ at the birthday supper (above) and Danica looking in her great grandmother's silver hand mirror (below). 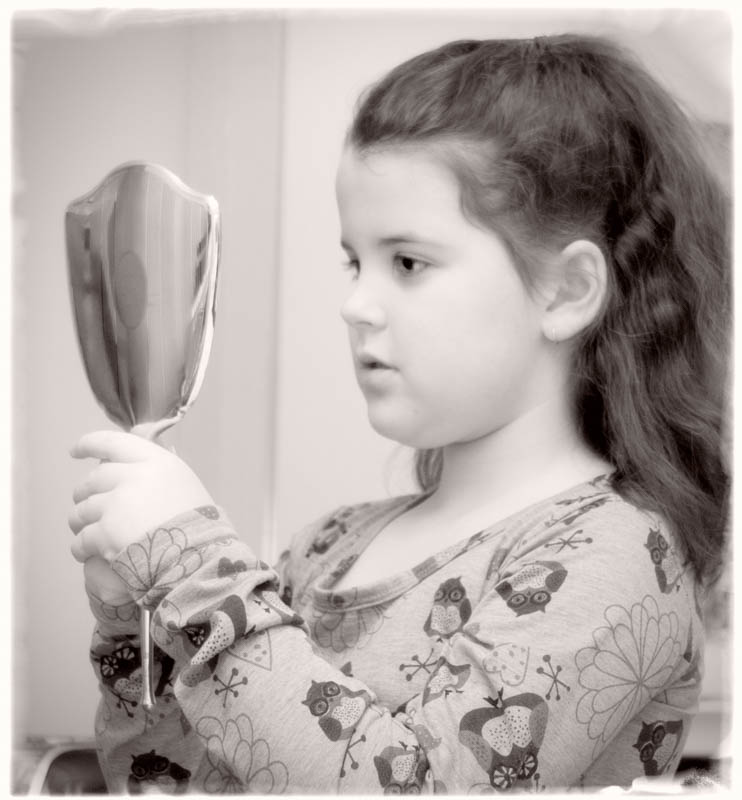 All of the photos were converted in onOne's BW Effects, which is the program that I now always use for my conversions. Some of them have a split tone filter applied, usually the one they call Black Tea.
Posted by Anvilcloud at 6:00 am

All of them turned out well, in my opinion. The snowy ones are great in B and W, and the bus one is awesome.

really love the one of you and jj. and danica with the mirror. :)

Nice! I use 'convert to greyscale' in Corel PhotoPaint, and then play with the lighting. I love the play of light on JJ's face and the back of the mirror.
Danica should be in love with that set forever.

Some photos were made to be seen in black and white.. others not so much. These are all fine images but I especially love the snowy day with the bus and Danica with the mirror. There's also something nostalgic about the snowflakes and owls on her shirt which give it an even more nostalgic feel.

I find it hard to convert to Band W but you are certainly an expert as each and everyone of these photos was great in my book!! I do NOT feel pressured by social media when they dump memes and challenges on me. I just ignore them if I do not want to participate.

Just when I thought I couldn't love that photo of Sue and J and the afghan any more than I did, I do.

I enjoyed these. I am rarely disappointed by B&W>

I think I've told you in the past that my husband (who was a professional photographer and had worked at "Life" magazine) said that B&W photos are the honest ones ... not filled with colors that tend to hide good structure or content.

I had a goodly struggle to get the black, a clear white, and all the range inbetween in mine. Yes, these are a bit greyed, but they sure are charming.

While I liked the B&W conversions, in fact I preferred the original color photos of several of these.

I think the photo of Danica and the mirror works especially well in B&W.

Oh, I love them ALL! Beautiful shots Ac!!
hughugs