And so we proceed to the Jonathan post that I mentioned having in the queue.

The boy was so freaking cute last week. Sue gave Danica her [Sue's] mother's old jewelry box of costume baubles. At the same time, because you have to have something for both of them y'know, Jonathan inherited my old briefcase. 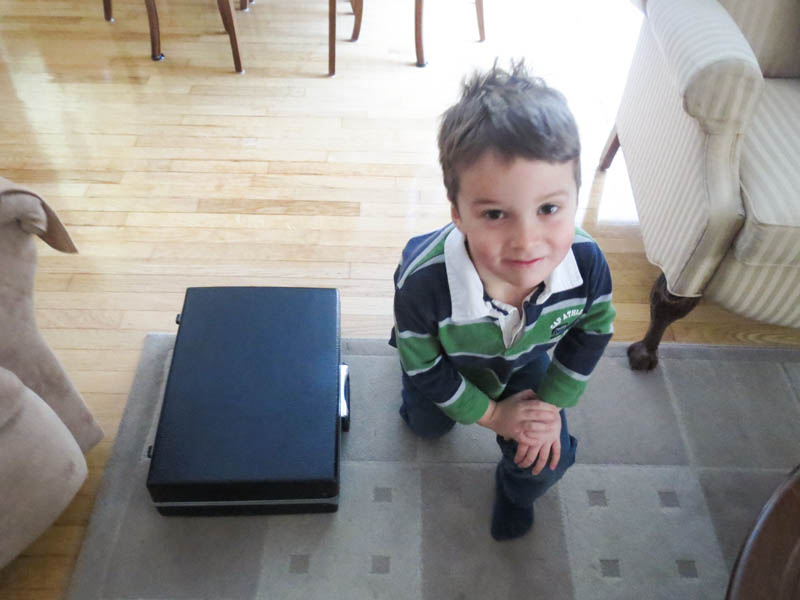 I carted this, heavy laden, to school and back for more than ten years. I only had two briefcases in my thirty years and got this one after the first spouted holes in all of the corners. This one held up a little better. For the price paid, it sure should have.

Anyway, it has been sitting around, gathering dust, for this past decade, so we passed it on to the boy.

As you might be able to detect from the above photo — well all of the pics in this post, really — he was thrilled. 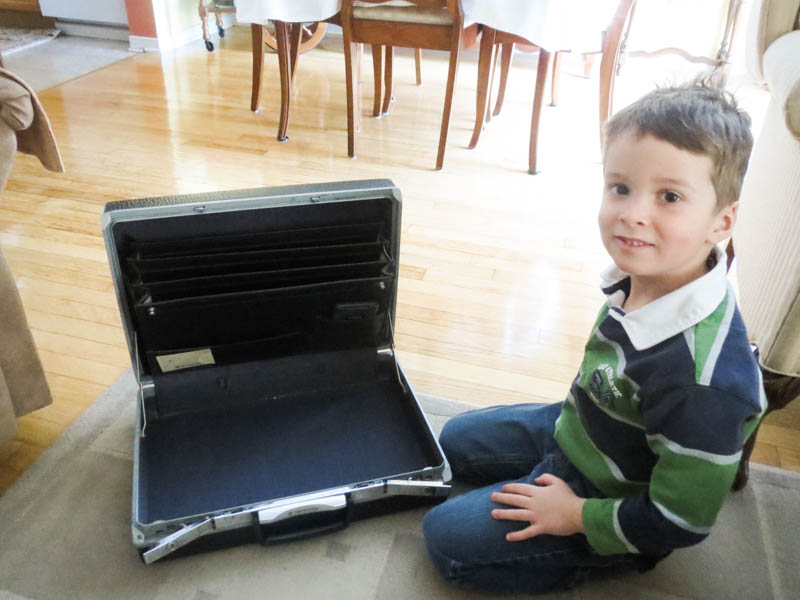 In there was a calculator, and for goodness sakes, when we turned it on, it still worked. It was not a solar calculator, so I was quite shocked that the battery was still viable after such a long, long time. 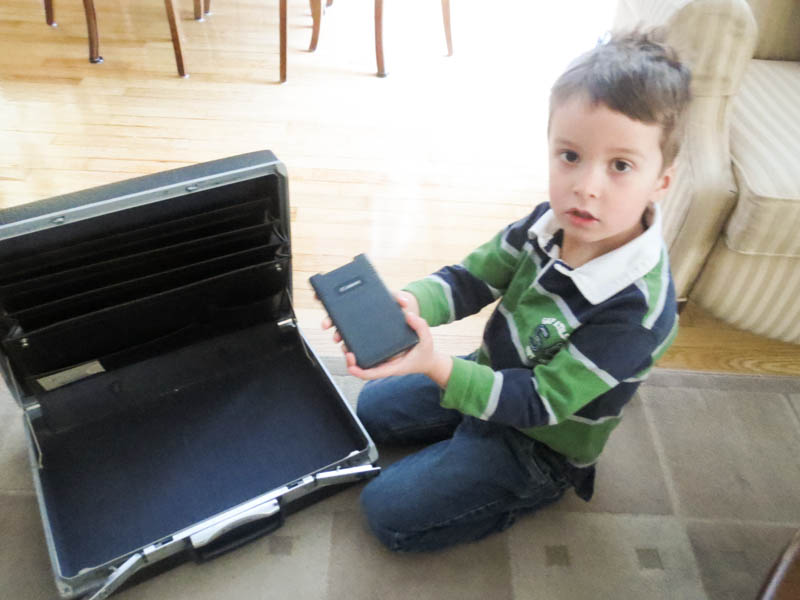 He played with the calculator and then carried the briefcase all over: upstairs, back downstairs and all around the place.

The cutest thing of all was at about the time that I snapped the next picture, that he asked, "Do I look like a man?" Isn't that adorable? Isn't he adorable? 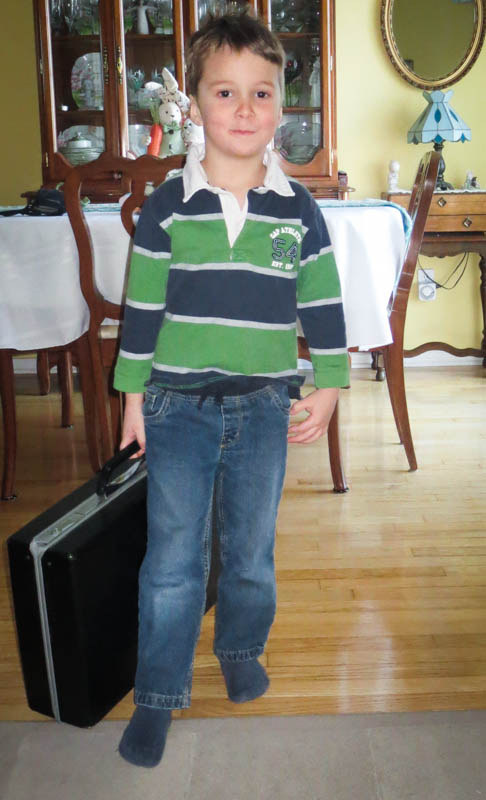 And that's it for this week. As I said yesterday, it's a busy one for us, so I'll catch you next week. Have a good one.

Oh! How fun! He's going to have lots of fun playtime with that.... Be safe and enjoy yourselves!
Hughugs

He's a handsome "man" carrying a briefcase half his size. Love it!

Now that is just freakin adorable. He looks ready for Wall Street!

Do I look like a man. Ohhh honey, stay the adorable little boy you are for a good long time. :-)

They grow up so fast! He certainly is a man with that briefcase.

Hope you don't get all worn out this week.

Wonder what treasures he will find to ut into that case, and then will he be able to tote it around. yes, he does look "grown up" more. Also Danica looked lovely in there dance outfit in the the previous post. Enjoy the week ahead with the kid lets, John & Sue.

how early "man" is imprinted. wonder if he'll keep it up and assume he can become a banker, CEO, all the usual guy stuff.

Oh he is plenty adorable. :) He's beginning to look like his sister .. the same grin.

That's a verra handsome man you've got there. I have a feeling he would get along very well with my youngest man. And yes, he is adorable, now that you mention it.