I was surprised when I was contacted on FB regarding a photo that I had posted in June 2017. She wanted a copy for someone who is retiring from townhall.

It took me awhile to find the photo that she described in words (although she later send me a link). I wonder how she found a photo from more than a year ago because things do get buried both quickly and deeply on FB.

When I found it, I realized how much I liked it at the time both in terms of light and composition. I had never printed it because of the  work area at the back. It's difficult to see at this resolution, but it's there. But I printed it for her. 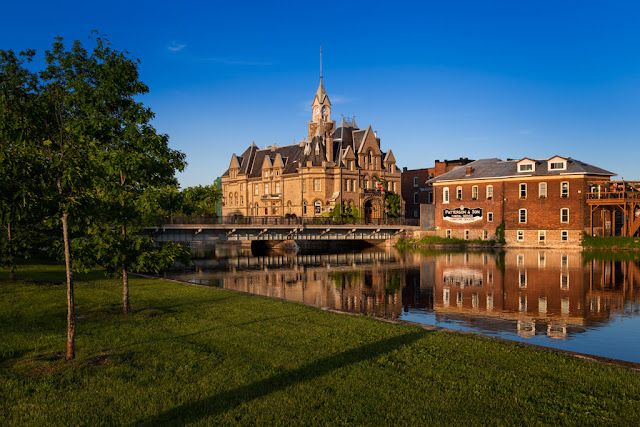 It was only after printing that I decided to have a go at photoshopping away the netting. I think this will look better on a larger print. 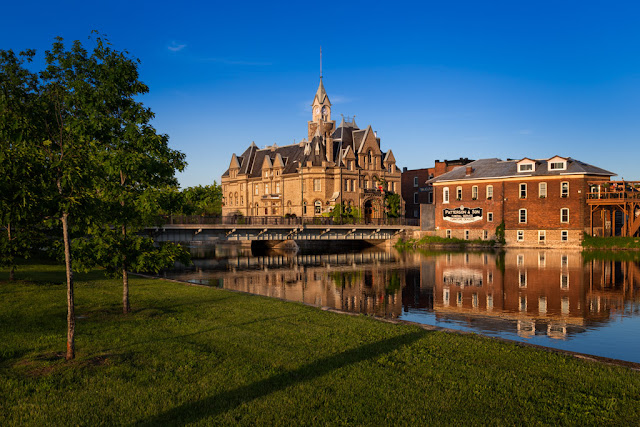 I had another image from that very nice summer evening, which I also photoshopped in the same way ... and ... oops ... I just noticed that I didn't remove the netting in the reflection. Must go and do that now, but I'll leave it here as is. 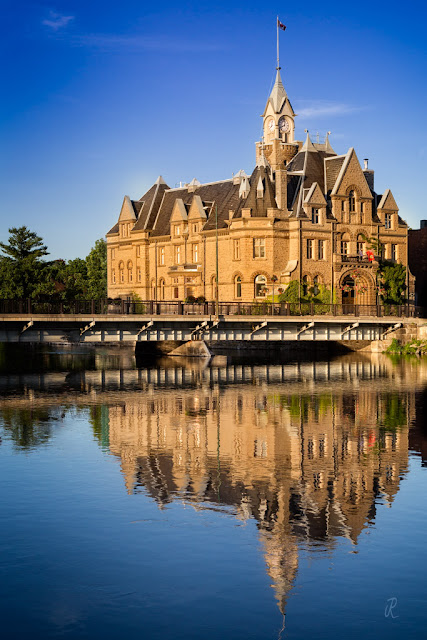 I have now made a mental note of both images and will likely print and display them at one or both of my little display areas in town. I try, for the most part, to feature local photos in these places, so these will fit the bill as it were.
Posted by Anvilcloud at 7:00 am

I've occasionally had people reach out about a specific shot.

How nice to have your work noticed and requested. Well done!

Wonderful, AC. It is a great photo.

Beautiful shots . Thats wonderful for you , Just the other day I had someone on FB from our county wanting one of my photos for a local county paper , I was honored and of course sent it to them .

I had someone ask for a high-res photo of mine, for a man who was retiring. I totally forget what, but it is an honour. I quietly retired, in a different school board, after a horrible time there, 25 years here.