Mostly from the Cottage

For Canada Day (Happy Belated 148th birthday), I had the rather bizarre notion to present this photo on Facebook. 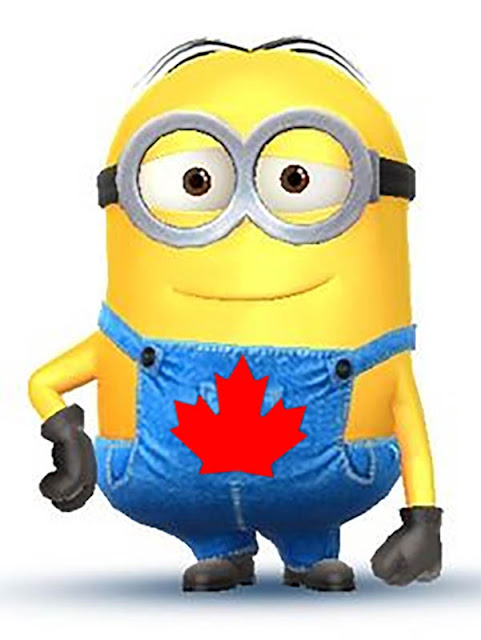 Permit me to explain.

At one point it was called Dominion Day as Canada was often referred to as the Dominion of Canada even though we were always just plain Canada.

So my punny (as opposed to puny, although that might also apply) mind thought of minions. So I found an image, pasted a maple leaf on it (as in our flag), and called it Da Minion of Canada.

Sorry, I just can't help myself.

The next day, we drove to the cottage to deliver and leave stuff that we'll need later in the summer but might not have enough room in the vehicle for everything then. We only stayed for one night, and I wasn't even motivated enough to get out the camera ... until Sue noticed a rather spectacular full moon rising.

So, I did go out and try to capture it. Shooting the moon is not always easy; either to moon is too bright or the rest of the photo is too dark — unless you have a long enough lens to shoot just the moon and nothing else.

After some experimentation I put two shots together in a composite. The foreground image was shot at 13 seconds. I could have shot longer, and did as a matter of fact, but I actually was picking up lens flare by doing that. Anyway, 13 seconds gave a hint of foreground which I felt was all that I needed for this photo. 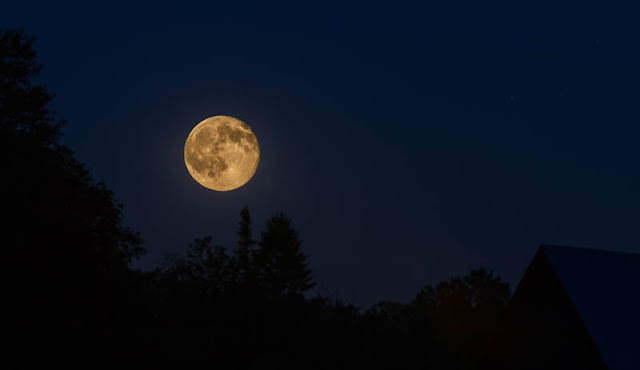 The moon photo was shot at 1/125 seconds. I then pasted it onto the foreground photo, and I did make it bigger that it was in the original photo ... because I wanted to for effect, and it really did seem huge to my eyes that night.

The next morning I stepped outside of the cottage just long enough to take this photo of the light on the grass near the garage. 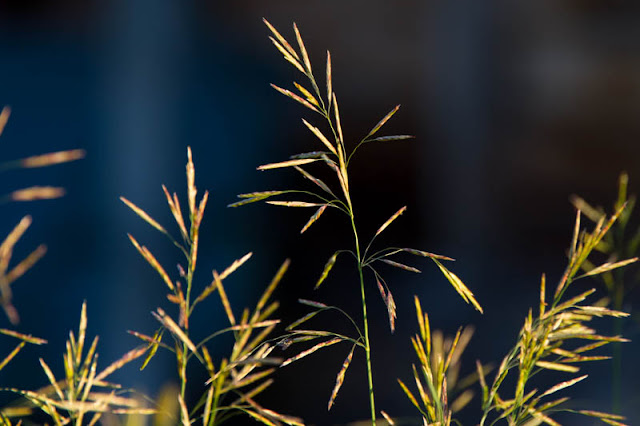 Then I took this closeup of an old wagon wheel. I like the textures and shapes. 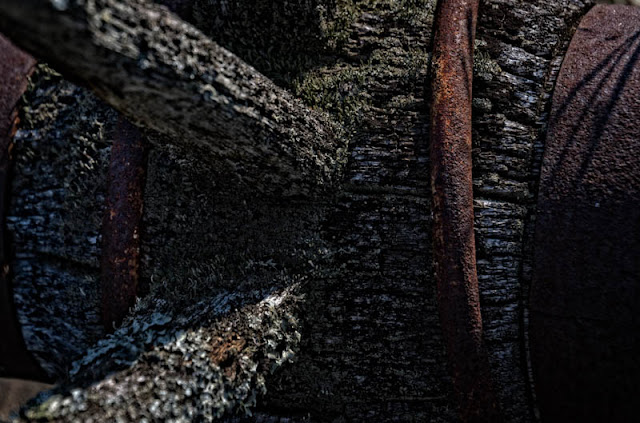 Finally this of a crowbar hanging by the gate interested me although the photo didn't turn out all that well. Still, the textures and shapes are somewhat interesting — to me, at least. 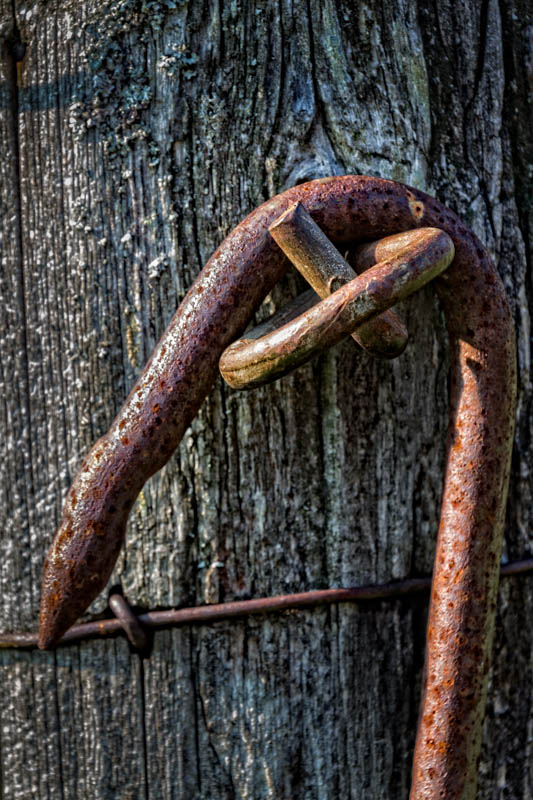 Posted by Anvilcloud at 6:30 am

All the shots are great! And the play on words photo!
hughugs

The moon looks better for a bit of an increase. I suspect the foreground needs more light. It looks too dark on my monitor.

The moon looks better for a bit of an increase. I suspect the foreground needs more light. It looks too dark on my monitor.

Love these photos especially the one of the moon. I tried to take a picture of it but did not do a very good job.
Tonight is suppose to be the Star of Bethlehem, are you going to try and get a photo of it? Big hugs

I enjoyed all these photos! The shot of the grass is especially appealing to me.

Your punny mind is brilliant! Cute cute. Love the moon composite. I never thought to merge two photographs like that. Thanks for sharing your process. It is really beautiful.