I have previously posted about using DOF or depth of Field to isolate subjects from the background. We tend to think that this isolation can only be captured by using an advanced lens with a wide open aperture. There is another way, however. 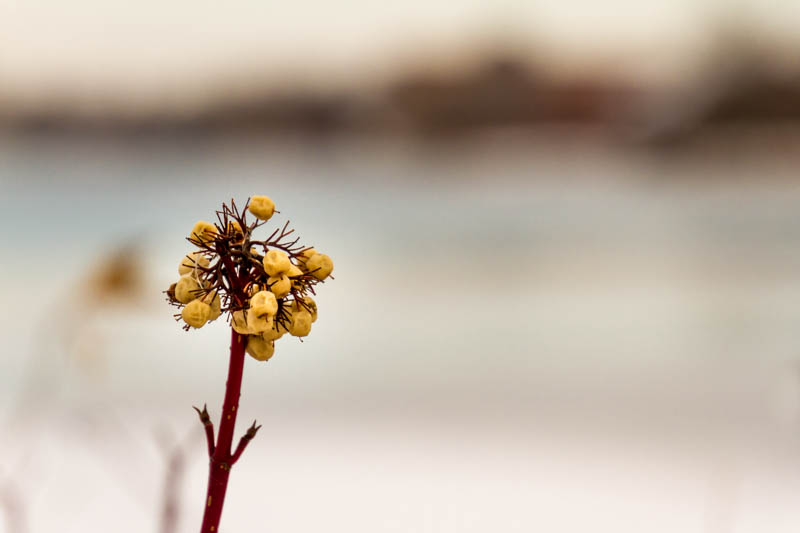 In this photo, I did not use a wide aperture but a medium opening (f5.6). It was a telephoto lens, so by standing back and zooming in on the seed head, I was able to achieve the same effect as being closer with a wide open aperture. In this case, I had my lens extended to 142mm, which is a fair zoom, particularly with a crop sensor camera.

I think it worked pretty well in separating the subject from the background, possibly even better than an in-tight, macro-style shot at f2.8.

FYI: Those fuzzy shapes in the background are distant buildings that would really mar the photo if their detail was visible. As it is, I think they look acceptable: not perfect, but acceptable.

In passing, here is a b&w version of the same image that I really did because of a b&w meme/challenge on FB. B&W wasn't the intent of the photo, but since I had it, I thought I may as well include it here. I do like the colour version better, though. 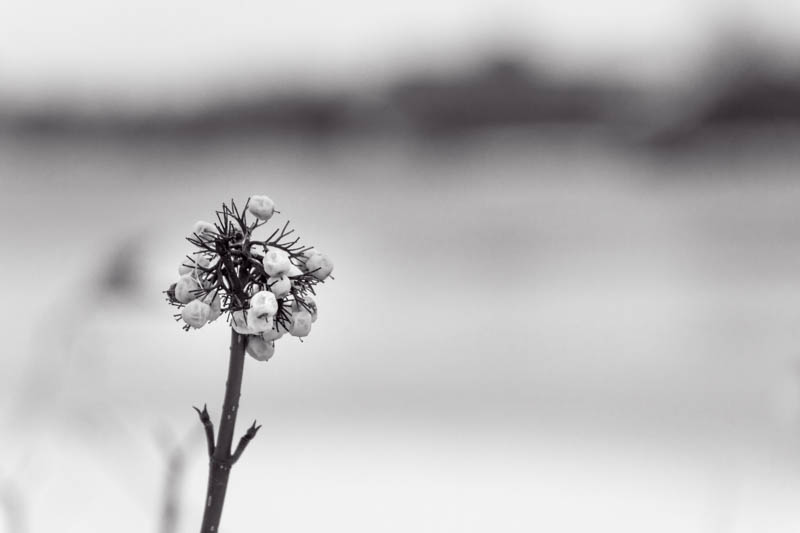 Posted by Anvilcloud at 7:48 am

Very nice ! Thanks for sharing , Have a good day !

What an interesting perspective, AC. I like the one in color better, but the B & W is also interesting. Certainly makes you focus on the subject.

i like the color, too. i use a zoom lens almost all the time so i knew about the blurred background (finally, one camera thing i knew!) :)

Awww! Love all your photos of the last few post! JJ is a Doll! Love how you put all the shots together.
Hope you are staying warm up there!
hughugs

I know that B&W is supposed to be more artistic and sophisticated, but my photos lend themselves to color so much more.

It turned out very nicely. I prefer the colour image but I almost always do when given a choice. A long/zoom lens is my main means of capturing some bokeh.

I prefer the coloured version too...but have to admit the B&W is also very nice.

Color version is my preference as well, John. Giid explanation too on depth of field.
BTW is the word verification needed tompost a comment something you added because of problems with comments?